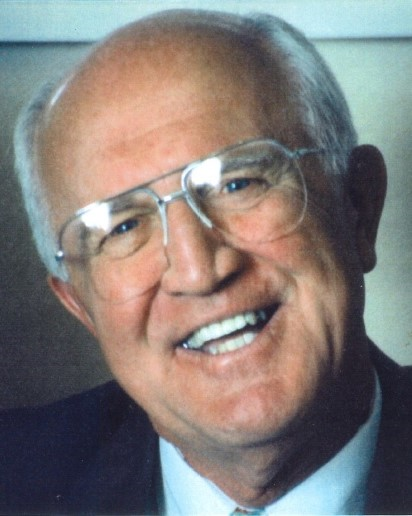 Born September 4, 1928, in Carlisle, he was the son of the late Creigh S., Sr. and Helen Wolfe Snyder. Creigh served in the United States Navy from 1946-1948. Within two weeks of discharge, he married his high school sweetheart, Shirley Heishman, who preceded him in death on March 14, 2015.

Creigh earned a degree in Mortuary Science from Eckels Mortuary School in 1950 and worked as a Funeral Director in Grove City and Mercer, serving as the community's de facto ambulance driver as well. He then became a salesman for the York Casket Company and, later, a partner in the company. He never showed up for a client meeting without sweet treats and, despite his profession, a healthy dose of humor. He was, above all, unfailingly kind.

Creigh was a member of the State College Presbyterian Church and had previously been active with Eastminster Presbyterian in York. He was an avid fan of the Nittany Lions and the Washington NFL Football Team. After retirement, he often "went to work" at the golf course, playing several rounds per week. He spent countless hours watching his grandchildren compete in various sports and, even when they lost, never failed to tell them how proud he was.

He received exceptional care from the staff at The Village At Penn State and The Atrium, often remarking how much he enjoyed the food and felt loved by the staff. Creigh's family is forever grateful for the kindness and care showed to him.

Creigh is survived by his daughter, Cinda S. Kostyak, and her husband, John, of State College; two sisters, Jeanne Martson and Sandra Eckendrode, both of Carlisle; two grandchildren, Kati Eisenhuth and her husband Scott, and JC Kostyak and his wife Megan; and four great-grandchildren, Ethan, Max, Ellie, and Jack.

Burial will be in Westminster Cemetery, Carlisle.

Memorial contributions may be directed to Centre Volunteers in Medicine, cvim.net

To send flowers to the family or plant a tree in memory of Creigh Snyder, please visit Tribute Store

A Memorial Tree was planted for Creigh
We are deeply sorry for your loss ~ the staff at Koch Funeral Home
Join in honoring their life - plant a memorial tree
Services for Creigh Snyder
There are no events scheduled. You can still show your support by sending flowers directly to the family, or planting a memorial tree in memory of Creigh Snyder.
Visit the Tribute Store

Share Your Memory of
Creigh
Upload Your Memory View All Memories
Be the first to upload a memory!
Share A Memory
Send Flowers
Plant a Tree