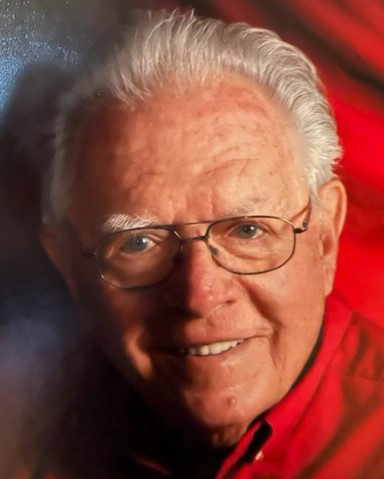 Dick Strebel left this life with quiet dignity the way he lived it. He was born in Passaic, NJ to Joseph and Beatrice (Kelleher) Strebel but grew up in Suffolk County, Long Island, New York with many Strebel cousins and friends.

Dick joined the navy following graduation from Center Moriches High School. Following separation from the U.S. Navy, he attended Rider University where he was Editor-in-Chief of the Rider News. Upon Graduation with honors, he received the Frederick L. Ferris Award for excellence in Journalism.

Dick enjoyed a career with Rohm and Haas Company, now part of Dow Chemical in Philadelphia, PA. He was an integral part of the advertising department and served as Audio Visual Director, making industrial films until his retirement.

He is survived by his wife, Martha (Williams) of 62 years, one daughter, Roberta, one brother, Joseph, his wife and family in Illinois, and many cousins.

A memorial service will be held at a later date to celebrate a life well lived.