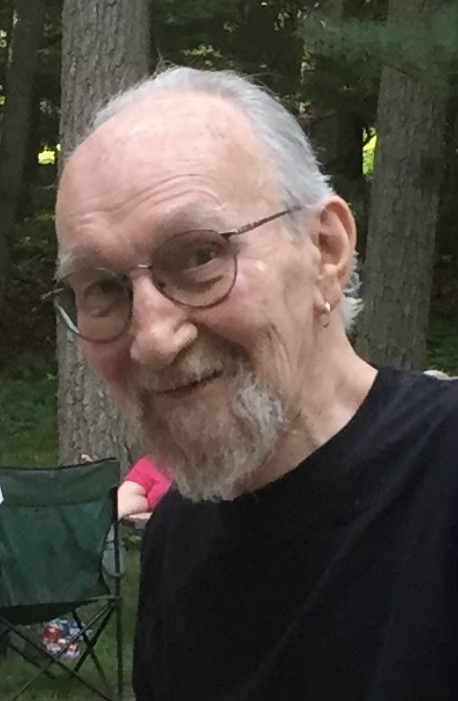 Bob graduated from Johnstown High School in 1953 and then spent a year in New York City studying jazz music theory under jazz pianist, Lenny Tristano. He earned his Bachelor's Degree in Psychology from Penn State University in 1960. Bob worked as a Research Psychologist for General Electric in Philadelphia from 1960-64, and returned to State College to raise his family and pursue his career at HRB Singer. In 1968, he and his colleagues created The Institute for Research and his career continued, focusing his research on driver-behavioral studies for both the federal and state departments of transportation, until his retirement in 1990. In retirement, Bob enjoyed his new career as a Fly-tyer and staff member of Flyfisher's Paradise.

Bob loved reading and music and had a vast library of both books and music, which gave him enjoyment throughout his life. He was an avid painter, poet, musician and an accomplished fly fisherman and skier. Along with his wife, he raised his children and grandchildren on the ski slopes, sharing his love of the sport. Learning to ski on the slopes at Skimont in the 1960's, he went on to become a ski instructor at Blue Knob, and then a partner and Assistant Director at Oregon Hill Ski School from 1974-1981.

Bob's good nature and sense of humor was loved by all that knew him and he was always quick to tease and make light of circumstances, even in his last days. He was a wonderful husband and partner to Harriet, and father and grandfather to his children and grandchildren.

Private graveside service will be at the convenience of the family.

The family would like to thank Wynwood House and Grane Hospice for the care and assistance they provided Bob.

Memorial contributions may be directed to the American Lung Association, action.lung.org

Arrangements are under the care of Koch Funeral Home, State College. Online condolences may be entered at www.kochfuneralhome.com or by visiting Facebook.