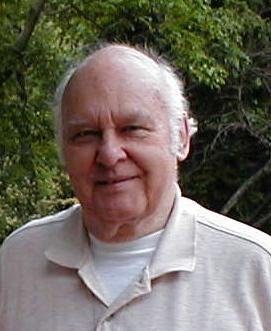 Obituary of Charles A. Baer

Charles A. Baer died peacefully on January 27, 2022, at the Atrium of The Village of Penn State at the age of 100. He was a chemical engineer with many patents, his last obtained at age 95. He was a man who gave generously of his time, talents, and money. Born in Burnham, PA to Clarence (Cub) Baer and Caroline Shirk Baer on May 20, 1921, Chuck moved with his parents to Ellwood City as a child. He graduated from Ellwood City High School in 1939 and attended Pennsylvania State University, receiving his Bachelor's Degree in chemical engineering in December 1942. Upon graduating, he received a job offer from Bausch & Lomb in Rochester NY, and worked there from 1943 to 1951. In May 1943, Chuck, later called Charlie, married Martha Potter at Calvin United Presbyterian Church in Ellwood City, PA. They had two children, David and James. Charlie worked at National Research Corporation in Boston, MA from 1951 to 1959, before leaving for Texas Instruments in Dallas, TX. Many of Charlie's patents came when he worked on processes of vacuum-coating films and fabrics used in a variety of materials. His patents include "Process of coating a refractory body with buron nitride and then reacting with aluminum," (1963); "Apparatus for making metal alloy resistors," (1968); and "Disproportionation production of nano-metal powders and nano-oxide powders," (2016). Later Charlie moved to Princeton, NJ, where he resided for more than thirty years. He worked for National Metalizing, and then Standard Packaging before beginning his own consulting business, Charles A. Baer Associates. He worked internationally with the International Executives Business Corps in Latin America, Europe, Egypt, India, China, and South Korea. Charlie and Martha were members of the St. Andrews Presbyterian Church in Princeton. They supported the local hospital, gave generously to individuals and became a central part of their neighborhood. After retiring and moving from Princeton, Charlie continued to maintain professional contacts and helped companies with problems related to vacuum metalizing. As one of the pioneers in the field, his expertise covered generations of machinery and systems. He continued to field questions well into his nineties. Charles Baer was preceded in death by his wife of 70 years, Martha, and his eldest son, David. He leaves behind Heather Fleck, whose friendship and love enriched his later years, as well as a son, six grandchildren and seven great grandchildren, along with loving friends and colleagues around the world.
To send flowers to the family or plant a tree in memory of Charles Baer, please visit Tribute Store

A Memorial Tree was planted for Charles
We are deeply sorry for your loss ~ the staff at Koch Funeral Home
Join in honoring their life - plant a memorial tree
Services for Charles Baer
There are no events scheduled. You can still show your support by sending flowers directly to the family, or planting a memorial tree in memory of Charles Baer.
Visit the Tribute Store