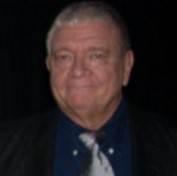 Born July 26, 1943, in Coatesville, PA, he was the son of the late Anthony Stanley and Wanda S. Zarnowski Kopanski.

He is survived by his loving daughter, Annie K. Kopanski and her husband David VanSchaick of Fredericksburg, VA; his sister, Wanda Sandoski of Parkesburg, PA; and several nieces and nephews. He was preceded in death by his elder brothers (Anthony "Tony" Kopanski and Chester Kopanski.) He is remembered fondly by many close friends, several of whom have known and loved him since his youth.

Ed was a world traveler, a lifelong learner, a brilliant man who led his life on his own terms. After graduating from Penn State in 1965, he went on to Villanova Law School, class of 1968. After law school, Ed served briefly in the US Army before becoming involved with the Lawyers Military Defense Committee (LMDC) in Vietnam and Germany. His work serving and representing US Troops without other civilian legal representation was some of his proudest work. Ed was always troubled by legal injustices and built his law practice in fighting for the underdog. As anyone can tell you, Ed knew how to argue his case, a quality he put to use in the Philadelphia Public Defender's office and then in private practice from his home in Glenside, PA.

Later in life, he moved to State College, PA – a place that always felt like home. Ed was a die-hard Penn State football and Lady Lions Basketball fan. He took several trips to France, enjoyed photography and reading about a wide range of subjects including military history and the human brain. He was known for his love of music, particularly Pink Floyd, Bob Dylan, and Bruce Springsteen all of which he frequently played at a questionably loud volume. One of his greatest joys in life was being a father to Annie, even when they did not agree.

No services are planned based on Ed's wishes. The family would love to hear your fond memories of Ed – please use the "Condolences" link to the left.

Memorial contributions may be directed to Vietnam Veterans of America.

To plant a beautiful memorial tree in memory of Edward Kopanski, please visit our Tree Store