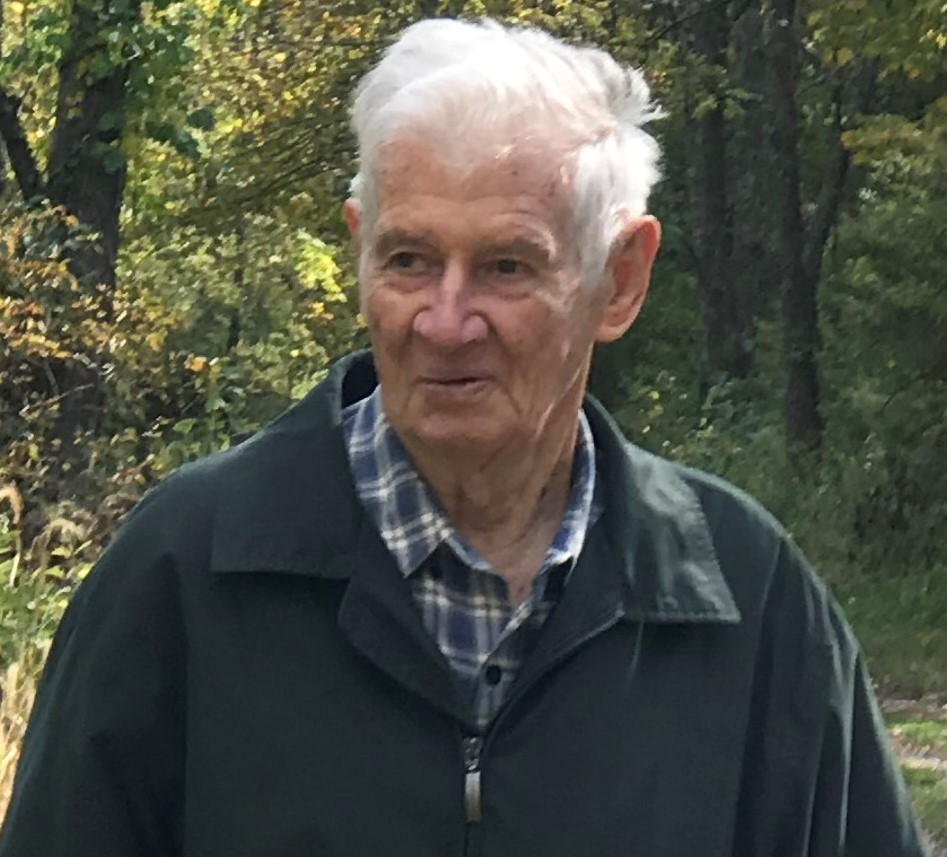 William Henry Allison, 96, of Boalsburg, died peacefully on April 25, 2022, surrounded by his family. Born January 16, 1926, in Mattoon, Illinois, he was the son of J. Elmer Allison and Beulah Fern Brotherton. William married Ursula Luecke of Berlin, Germany, in 1956 and they enjoyed 66 years of life together.

William served our country with distinction as a Sergeant during WWII in the 1269th Engineer Combat Battalion as part of the ALSOS mission in Germany, securing the atomic weaponry research center and the scientists at work in Haigerloch. His tour of duty also included action in the Maritime Alps of Southern France, for which he received the French Legion of Honor Award in 2020. Details of William's WWII experiences are documented as part of the Library of Congress Veteran's History Project. More information is available by searching William Allison at centrecountygazette.com.

William earned a bachelor's degree from the University of Michigan in 1949 and a Master's of Fine Arts from Yale University in 1952. He retired as Professor Emeritus of Theater Arts from The Pennsylvania State University in the College of Arts and Architecture after 30 years of service. During his tenure at Penn State, he served as one of the original co-chairmen of the Long-Range Planning Committee for the Central Pennsylvania Festival of the Arts. Also, of special importance to him, personally and professionally, was William's significant involvement in commissioning and developing the 1976 world premiere of John La Montaine's opera, Be Glad Then America, which celebrated our country's Bicentennial.

William and Ursula traveled extensively throughout the world, but they felt most at home in the beauty of Central Pennsylvania. Hours spent together around the living room fireplace overlooking the Nittany Valley have been a cornerstone of family gatherings, which they have held so dear.

A celebration of William's life and burial with military honors will be held later this summer. In lieu of flowers, memorial contributions may be made to The Arboretum at Penn State University.

Arrangements are under the care of Koch Funeral Home. Online condolences may be entered at www.kochfuneralhome.com.

Share Your Memory of
William
Upload Your Memory View All Memories
Be the first to upload a memory!
Share A Memory