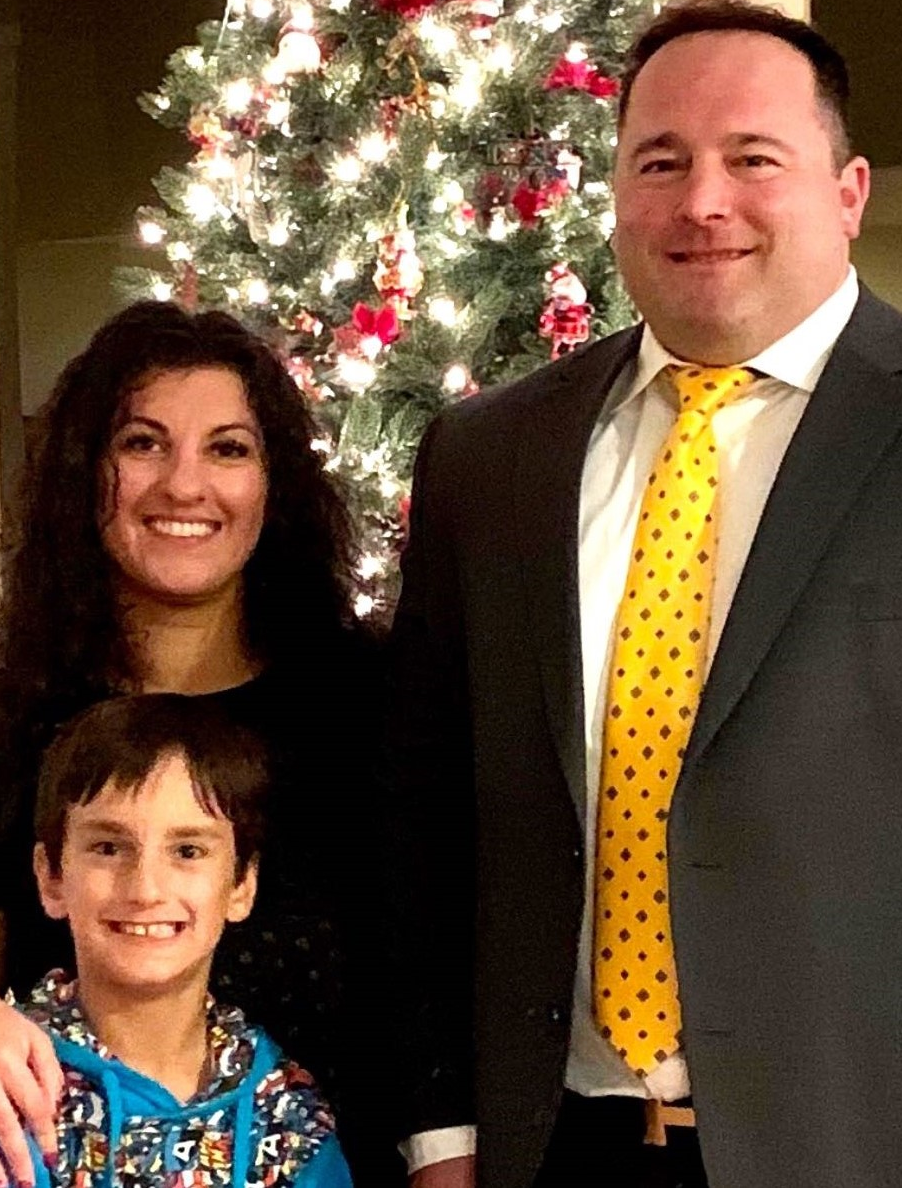 David M. Pasquinelli, 39, of State College, died peacefully in his sleep on Saturday, May 28, 2022 from a cardiac event.

Born in State College on February 9, 1983, David graduated from State College Area School District and attended Penn State University. He received an honorable discharge from the U. S. Marine Corps after serving his country as a reservist. David married Michelle Arjmand in 2009 and welcomed their wonderful son Brent in 2011. He was a successful business man, owning and operating Centre Glass Company and several real estate holdings.

Family meant the world to David and he took such joy in spending quality time with his son, Brent, and their French bulldog, Apollo. He loved traveling to the ends of the earth with Michelle, experiencing new things, and bringing people together. David had a real zest for entertaining and could often be found with a house full of friends, where everyone was always welcome. His interests included weightlifting, hunting, fishing, photography, and history. He was proud of a recent milestone of bench pressing 520 pounds. David's larger than life personality and cheerful disposition made him a force of nature, and he will be missed by all who knew and loved him.

David is survived by his loving wife Michelle, their son Brent, his parents Cindy and Brent Pasquinelli, and his two half-sisters, Jacinda Hoffman and Monica Pasquinelli.

There will be a private burial service for the family, and a celebration of David's life will be held later this summer, with the date to be announced.

In lieu of flowers, donations can be made in David's memory to Strawberry Fields Inc at https://sfionline.org

Arrangements are under the care of Koch Funeral Home, State College. Online condolences may be made at www.kochfuneralhome.com or visit us on Facebook.

Share Your Memory of
David
Upload Your Memory View All Memories
Be the first to upload a memory!
Share A Memory