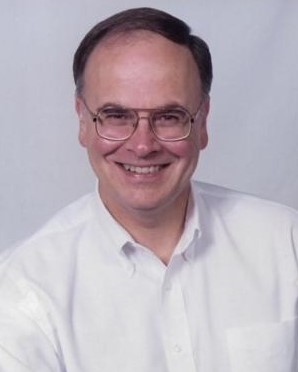 Mike was a 1969 graduate of Penn State's Engineering Science program. He also earned a masters degree in Mechanical Engineering from USC and worked towards his PhD at RPI. After graduating from Penn State, he moved with his young family to Los Angeles, to help design the engine for the 1st Space Shuttle. A couple of years later, they moved to upstate NY, where he and his wife, Donna, raised their kids, and bred and raised golden retrievers and thoroughbred horses on their farm, Nicker Barker Farm.

In NY, Mike worked at the Knolls Atomic Power Lab (KAPL), and over a span of 34 years he held management positions while conducting research on nuclear propulsion for submarines. Resulting in making himself a renowned expert in two-phase flow.

Mike held numerous leadership roles in Schenectady, NY with the United Way, Human Services Planning Council, Chamber of Commerce and the Red Cross, including presiding over the Jaycees chapter. He enjoyed building and flying radio-controlled airplanes, playing golf, fishing on his bowrider boat, wood working and curling at the Schenectady Curling Club, where he served as president for two years.

As a lifelong supporter of Penn State, Mike served as a recruiter for GE & KAPL for 25 years, recruiting PSU engineering graduates, and held leadership roles including presiding over Penn State's Engineering Alumni Society, Engineering Science and Mechanics (ESM) Alumni Society, ESM Industrial and Professional Advisory Council, and the Centre County Chapter of Penn State's Alumni Association, and served as a founding advisor for Penn State's Engineering Leadership Society and served on the Penn State Alumni Council. When he retired from KAPL in NY, Mike and his wife, Donna, moved to PA and he took the role of the Walter L. Robb Director for Engineering Leadership Development (ELD). The ELD program grew, doubling the undergraduate program, and adding online and graduate programs. He received recognition, including becoming a fellow for the American Society of Mechanical Engineers, a Centennial Fellow for Penn State ESM and most recently the Penn State's Outstanding Engineering Alumni Award. He took great pride in working with students, as an Adjunct Professor of Practice, facilitating international teams to tackle global engineering problems. He shared his love for the countries he visited with his family.

Funeral service will be Tuesday, June 7, 2022 at 10:30 am at Our Lady of Victory Catholic Church in State College, PA. Mike will be laid to rest in the Spring Creek Cemetery.

In lieu of flowers, donations may be made to the Mike Erdman Global Leader Fund in the Penn State College of Engineering, at www.raise.psu.edu/ErdmanFund.

Share Your Memory of
Andrew
Upload Your Memory View All Memories
Be the first to upload a memory!
Share A Memory