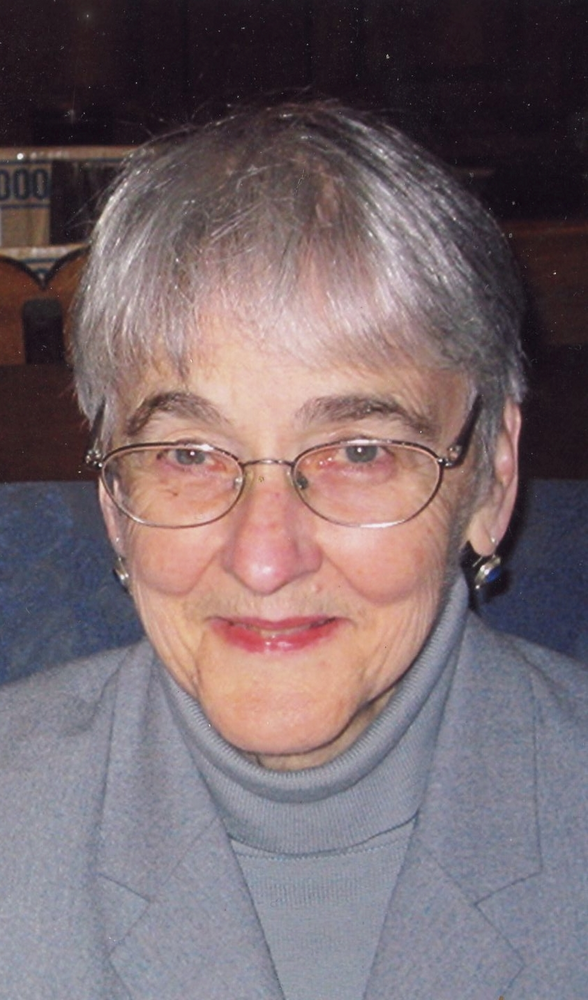 Antoinette Fillhouer Holl passed away peacefully at the age of 91 on June 11, 2022 with family members at her side. A beloved mother, wife and friend, she leaves behind an indelible mark on the State College, PA community she called home for nearly 70 years.

Daughter of Merle and Eleanor Fleming Fillhouer, Antoinette was born on Oct. 27, 1930 in Danville, IL. After she married John William Holl, also from Danville, in 1950, the couple moved to State College, where they raised seven children and spent the rest of their lives except for three years in Lincoln, NE.

Driven by her work ethic and her endless curiosity, Antoinette challenged herself to read through her entire local library as a teenager, alphabetically by title, and almost succeeded in doing so. She earned a B.S. in Education from Penn State in 1953 and then did graduate work in biology and genetics. Her exceptional academic record and scientific knowledge helped her rise above many applicants, mostly men, to secure a newly-created position assembling computer prototypes at HRB-Singer in the 1950s.

Growing up during the Depression in a frugal household where her mother made virtually all of her clothes, Antoinette learned to sew at an early age. She later became a self-taught master of patchwork and quilting, and then became a master teacher of these crafts, developing her own curricula and teaching nearly a thousand people through small-group classes held in her home for over 20 years. A fixture at the Central PA Festival of the Arts and craft shows throughout the region, she built a successful business while designing and producing numerous quilts featured in museums, quilting periodicals and traveling exhibitions nationwide. Making beautiful and engaging art from scraps reminded her of the resourceful approach to life called "making do" which she learned from her parents in her youth.

In addition to being a busy artist and mother, Antoinette found many other ways to influence and contribute to her broader community. She was very active in the Unitarian Universalist Fellowship for many years. She played a lead role in the Southern Student Project of Centre County (1964-1974), the only known example of an educational opportunity partnership between a northern and southern community – State College and Tuscaloosa, AL – emerging from the civil rights movement. In 1965-70, the Holl family hosted two of the students who attended and graduated from State High through the program – Dorothy Foster and Pamela Jefferson – while Antoinette also served as the program's elected President for two years.

Among Antoinette's other passions were vegetable gardening and canning for her family, flower gardening, reading and staying connected to a large network of friends including residents of Foxdale, where she lived since 2007. As a young woman, she was also an avid dancer and modern dance teacher, later encouraging her daughters to learn dance in the Boalsburg studio of her good friend Jane Sheppard. She was a great appreciator and champion of creativity and thoughtfulness in all forms. Her closest friends found her interest in other people's passions remarkable.

With characteristic modesty, Antoinette did not wish to have a service or visitation held in her honor, yet her legacy will continue to be honored through the many lives she touched. Contributions in her memory may be made to Strawberry Fields, 3054 Enterprise Dr, State College, PA 16801.

Arrangements are under the care of Koch Funeral Home. Online condolences may be made at www.kochfuneralhome.com

To send flowers to the family or plant a tree in memory of Antoinette Holl, please visit Tribute Store

Share Your Memory of
Antoinette
Upload Your Memory View All Memories
Be the first to upload a memory!
Share A Memory
Send Flowers
Plant a Tree