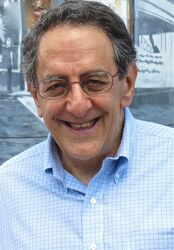 Obituary of Richard B. Ruback

Barry accomplished more during his life than most people can ever hope to accomplish. He was a very loving, generous, interesting and wonderful gentleman who was dearly loved, is already missed and will always be cherished by those of us who remain to share our memories of him.

Barry once wrote that one of the happiest moments of his life was being admitted to Yale where he met his best friends Beth and Mike Wolak, Bill and Lorraine Elliott, Alan Cohen, Alan Gaby, Bernie Erb, and Nathan Wise. However, the happiest moments of his life were finding and marrying his soulmate, Jasmin Riad and becoming the father of his beautiful, intelligent and charming daughter, Miriam.

Barry's career highlights include Professor of Criminology and Sociology at Penn State University where he loved to teach, write, and mentor students. He was also a Visiting Fellow, National Institute of Justice, a U.S. Supreme Court Fellow assigned to the U.S. Sentencing Commission. He enjoyed his research in India, Pakistan and Bangladesh (Fulbright Fellow, Fulbright-Hays Fellow, Indo-American Fellow, South Asia Regional Fulbright Fellow and National Science Foundation). He was also honored with the Tom C. Clark Award. He has numerous scholarly publications and books.

Barry was very dedicated to Congregation Brit Shalom where he served as a board member, Vice-President, President, and Past-President.