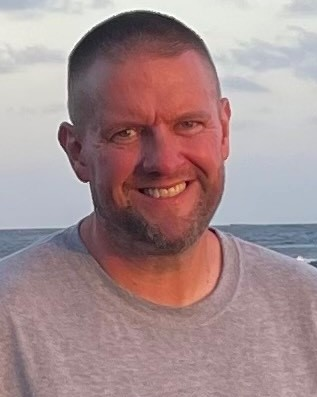 Scott David Schneider, age 48, passed away on Sunday, July 24 with his loving and devoted wife Michal and children Ryan and Lindsey by his side. He died unexpectedly from complications following recent surgery at Geisinger Medical Center in Danville.

Scott was born on December 14, 1973 in Doylestown, PA. He is the son of Frederick and Nancy (Davis) Schneider of Warrington, PA. He married Michal Erin Scruggs on October 5, 2002. After marriage they resided in Fairfax, VA where they had met at INOVA Fairfax Heart and Vascular Institute. Together they have two children, Ryan (18) and Lindsey (16). They moved to State College in 2006 where they currently reside.

Scott graduated from Central Bucks High School - West in 1991. He studied Vertebrate Physiology at The Penn State University in State College where he graduated in 1995. He was in the class of 1996 at Geisinger Medical Center School of Cardiovascular Technology. After that he worked as a Cardiovascular Invasive Specialist at Allegheny General Hospital in Pittsburgh, PA and INOVA Fairfax Heart and Vascular Institute. Since spring of 2006 he has been employed by Medtronic, Inc. as a Principal Clinical Specialist in the Cardiac Rhythm and Heart Failure Disease Management Division. He will be greatly missed by his colleagues and patients.

Scott was a beautiful soul - kind, compassionate, funny and humble. It was truly a joy to just be around him. His unpretentious manner and random funny quips were some of his adoring qualities. He was dedicated to his work and loved his patients - especially enjoyed working through complex cases with physicians. He was an avid sports fan, loved music and shopping, and especially proud of his detailed lawn mowing skills. He adored his family and was so proud of his children and their accomplishments. He always kept a special place in his heart for his late family dog, Josie.

In addition to his loving parents, wife and children, Scott is survived by his sister Lisa (Scott) Inskeep and niece Hanna Jo Inskeep of Manchester, MD; Aunts and Uncles - Diane and Vince Miernicki, Janet and Tom Roeber, Joan and Dave Haldane, Linda and Tim Mosser and several cousins to whom he was very close. He was preceded in death by his maternal and paternal grandparents.

In lieu of flowers, memorial contributions may be directed to the American Heart Association at www.heart.org.

Share Your Memory of
Scott
Upload Your Memory View All Memories
Be the first to upload a memory!
Share A Memory