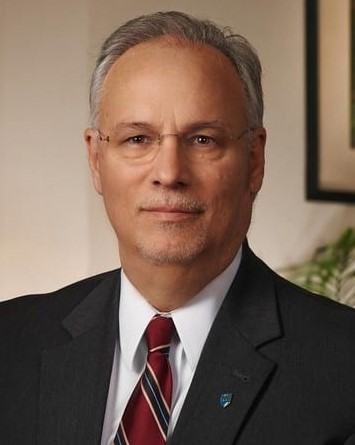 He graduated in 1974 from Harbor Creek High School in Harborcreek, PA. He earned both baccalaureate and master's degrees from Penn State University, University Park. He dedicated his life to public service, first serving as a staff member in the Pennsylvania House of Representatives for the Democratic Leader, James Manderino. He went on to lobby for the Pennsylvania School Boards Association and then the Pittsburgh Public School District. It was the honor of his life to serve as the state lobbyist at Penn State and retire in his career as Vice President for Government and Community Relations at Penn State. Michael loved his alma mater and worked tirelessly to help cultivate its reputation as a world-class university. In his retirement, he continued to support higher education by serving on the board of the Pennsylvania College of Technology, in Williamsport, PA.

Michael was a loving and dedicated husband, father, and grandfather. Family meant everything to him. He also cherished his friendships, many of which were lifelong. He was always very proud of his athletic ability. In his senior year of high school, he was First Team Erie County League in baseball and led the league in batting. He was a lifelong learner, had a tremendous intellect, a sharp wit, and a gift for reading the room. Michael spent many hours reading to expand his literary canon, developing a love of classic British and American literature, and continuing to learn about historical figures. He loved to develop new culinary skills, cooking and preparing a delicious Italian meal to share with others. He loved his Italian heritage and traveling to visit his many relatives in Sezze and Latina, Italy. Every morning of his retirement was spent with his wife as they mastered New York Times crossword puzzles together. Lastly, he dedicated his retirement to spending time with his grandchildren, always making them feel loved, supported, and silly. "Papa" loved to introduce classic Disney shows and movies to his grandchildren, singing and laughing along.

Flowers can be sent to Koch Funeral Home.

To send flowers to the family or plant a tree in memory of Michael "Mike" DiRaimo, please visit Tribute Store
Friday
5
August

Share Your Memory of
Michael "Mike"
Upload Your Memory View All Memories
Be the first to upload a memory!
Share A Memory
Send Flowers
Plant a Tree