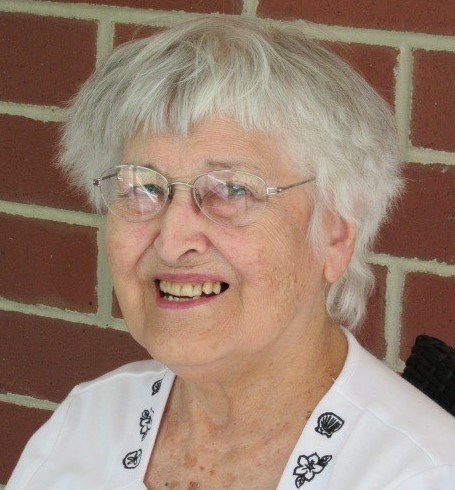 Anna Subits Skees, 101, of the Foxdale Community in State College, PA, died there of congestive heart failure and renal failure on July 12, 2022.

Born in Northampton, PA, in 1920 to Hungarian immigrants Magdalena (Yohn) Subits and Joseph S. Subits, Anna lived in Hungary from ages 2 to 5, then moved back to the same enclave of Hungarian immigrants, most from the same village. She spoke four languages by age 6. Anna graduated from Northampton High School in 1938 during the Great Depression, one of only three girls in that class in a community where girls quit school at 16 to work in the clothing mills. She then worked in the retail, textile, and war-time aircraft industries before beginning a long career as a secretary/administrative assistant at the Allentown Works of Western Electric and Bell Labs, retiring in 1985. At age 50, she began taking one class at a time at Moravian College and completed the freshman year.

While working to support and raise two children, after a separation in1952, she developed a love of travel, reading, languages, puzzles, and a passion for ballroom dancing, especially polka. Anna danced, year-round, at ethnic clubs and polka festivals all along the eastern seaboard.

After moving to Foxdale Village in 2007, she read to young school children, took the city bus to shopping and appointments, walked, traveled, took day trips, worked puzzles, and read voraciously until her vision failed her. She always had a dignity and self-possession that came from coping with the hand she had been dealt. Not openly emotional, she was nonetheless fiercely loyal and had strong opinions about almost everything. Although she wouldn't tell them, she told others that her one accomplishment was raising two decent humans.

Besides her parents, she was preceded in death by her sister, Elizabeth Mulford of Florida; brother, Joseph C. Subits of New Jersey; brother-in-law Robert R. Schuster of Northampton, PA; and her daughter-in-law, Tina Zubak (James Skees) of Pittsburgh.

The family wishes to thank the Foxdale Village staff for 15 years of exceptional care.

Please stop by to share memories during a reception honoring Anna in the Living Room of the Foxdale Village apartments building on Saturday, September 24th, any time between 2:00 and 4:00 p.m. Masks are required except when indulging in the snacks and hot and cold beverages.

In lieu of flowers, the family requests donations to the Foxdale Village Training and Tuition Fund -- by check to 500 E. Marylyn Avenue, State College PA 16801 OR give online at FoxdaleVillage.org/giving, and then click on the above fund name. In both cases, please note "in memory of Anna Skees".

Share Your Memory of
Anna
Upload Your Memory View All Memories
Be the first to upload a memory!
Share A Memory