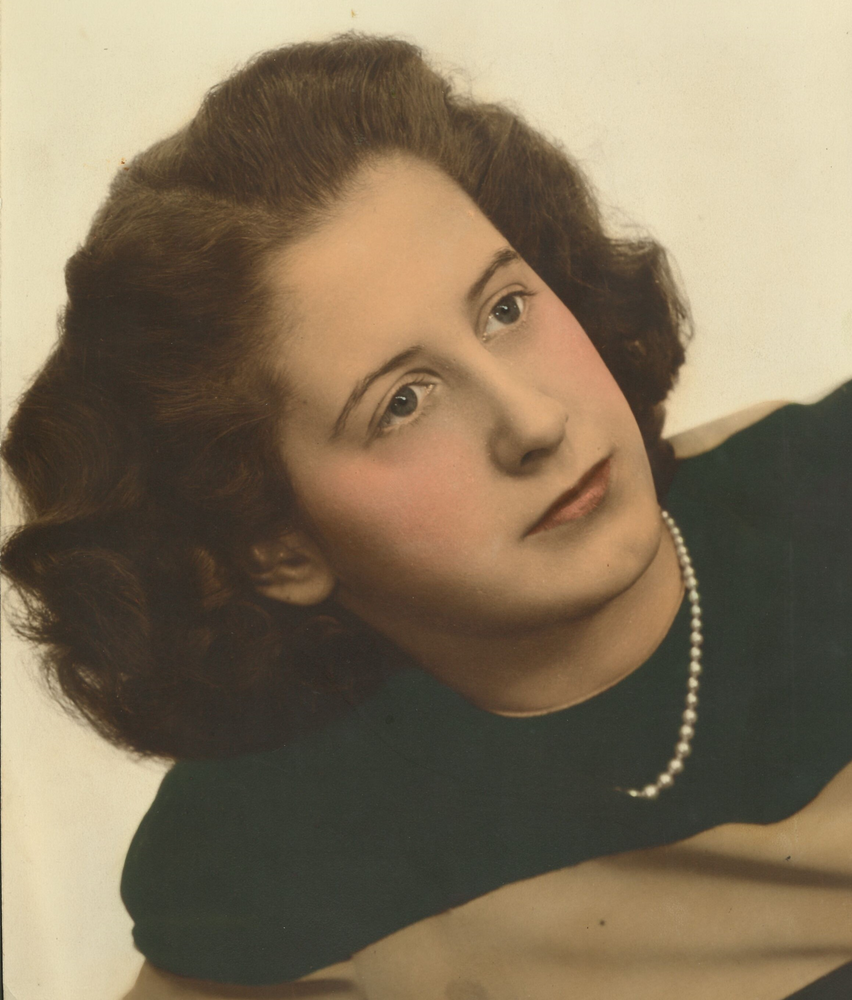 In addition to her parents, she was preceded in death by her husband, Russell, her daughter, Jeannie Carol Smothers, her grandson Michael "Travis" Graham, her brother, Bob, and her sisters, Betty Wilson, Dotty Lingerski and Darlene Newman.

Regina was born September 1, 1929 in Karthus, Clearfield County, Pennsylvania. She lived her early years in a small house in Germany, Pennsylvania, a tiny settlement near Frenchville, with her mother Josephine Rolley and her father Sheridan Beauseigneur, her brother Bob and her older sister Betty.

Their home had no running water, and their only electricity was from a battery charged by a windmill on the roof. The battery was only used to power the family's radio on Sunday afternoons. She attended her elementary grades in a nearby one room schoolhouse known as the Mignot school. To attend high school, she moved in with a family in Clearfield and attended St Francis Catholic School, graduating in 1947.

Her first job was at Kurtz Brothers School Supplies in Clearfield then moving on to work in a Camera store in Clearfield where she met her future husband WW2 veteran, Russell Gettig. In 1949 they eloped and were married in Frederick, Maryland on July 19th. In 1950 they moved to Pleasant Gap, PA where she worked at the Match Factory, when it still made matches, in Bellefonte PA. Although not an accepted practice in those days, she continued to work at the Match Factory while pregnant with her first child, Russell, hiding the pregnancy as long as possible. Her daughter, Jeannie Carol, was also born in Pleasant Gap and in 1955 she and her husband finished building a new home in Boalsburg where her second son, Rodney, was born in 1956. From the birth of her first son in 1951, she spent the next 18 years caring for her family and home, including annual camping and sightseeing trips throughout the eastern United States. She also assisted her parents in mentoring and caring for her three younger sisters born after she left home.

After raising her children Regina began working for Doctor Richard Parizek in the College of Earth and Mineral Sciences at Penn State in 1969. Dr. Parizek remembers; "Her warmth, organizational skills, maturity, and concern for people were perfect for the whirl-wind needs of the Department of Geology and Geophysics. She helped shepherd 84 successful graduate school candidates during her 28 years of dedicated service. She retired during the summer of 1997. Regina (known as Jean to her coworkers) was befriended and will be remembered by those who benefited from her loving and caring nature. This includes the entire Parizek family that regarded Jean as part of their family."

Regina enjoyed working in her flower and vegetable gardens, sewing, cooking, baking Christmas cookies, traveling, attending the Grange Fair, raising her children, and staying in touch with family, friends and in later years, her adopted graduate students. She also greatly enjoyed attending the Beauseigneur Reunion every year in Clearfield.

Regina's viewing will be held Friday, August 19th from 5pm to 7pm at the Koch Funeral Home, State College with services conducted by Pastor Brent Book at Zion Lutheran Church, Boalsburg, Saturday, August 20th at 11am.

The family requests that in lieu of flowers, memorial contributions may be directed to Zion Lutheran Church, P.O. Box 9, Boalsburg, PA 16827 in memory of Regina Dotta Gettig.

Arrangements are under the care of Koch Funeral Home, State College. Online condolences may be made by visiting www.kochfuneralhome.com.

Share Your Memory of
Regina
Upload Your Memory View All Memories
Be the first to upload a memory!
Share A Memory
Plant a Tree