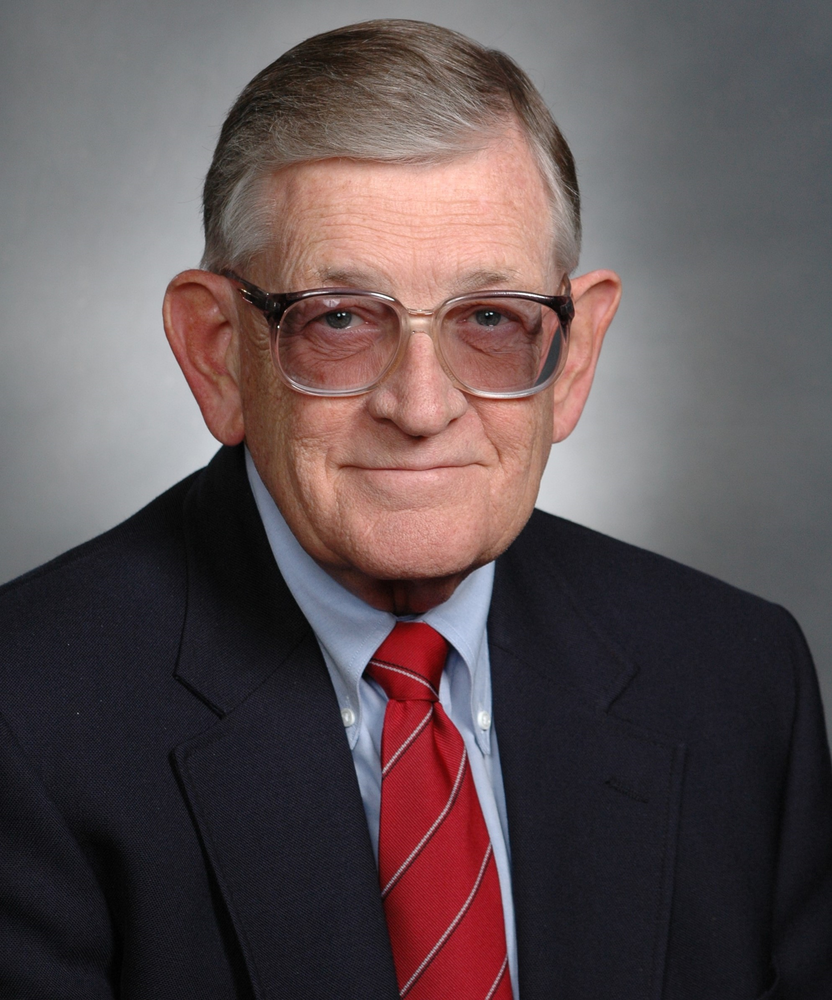 He graduated from Penn State University with a degree in physics in 1952, followed by graduate work in electrical engineering. Harold married his lifelong love, Nancy Moninger, in September 1952.

Harold began his career in engineering at HRB-Singer, Inc., working there for nine years before playing a leading role in creating Chemcut Corporation. He was president and chief executive officer of Chemcut from 1966-1987, and continued to serve on the board of directors after retirement until 1994.

Directed by his lifelong passion for education, business, and the community, Harold turned to service. At Penn State, he was active on Alumni Council committees and chaired the president's Task Force on Centre County/Penn State Health Care Delivery. He was a member of the Mount Nittany Society, served on regional and biotechnology leadership committees for the Campaign for Penn State, and established and chaired the Eberly College of Science's Duncan Physics Fellowship Fund. Active in the College's Alumni Society for nearly two decades, Harold was recognized in 1982 with the Philip Philip Mitchell Alumni Service award, in 1986 as a Penn State Alumni Fellow, and in 1988 with the Eberly College of Science's Distinguished Service award. In 1991 Harold received the Penn State Distinguished Alumni Award.

Susquehanna University captured Harold's head, heart, and hands. He joined the SU Board of Trustees in 1981, serving as chair from 1986-1997, 2002-2003, and was awarded emeritus status in 2016. Harold was instrumental in helping the university reach major fund-raising goals. He was interested in all things at SU but his real passion was in mentoring and supporting students through internships and scholarships. In May of 2017 Harold was awarded an honorary Doctorate of Humane Letters.

Harold's involvement in Centre County included work with the State College Chamber of Commerce area development and industrial committees and with the board of the Centre Community Hospital (now Mount Nittany Medical Center). He took an active role in the founding of the Centre County Community Foundation (now Centre Foundation). Harold was a member and past warden of St. Andrew's Episcopal Church.

Harold's favorite pastimes with his wife and family included surf fishing, boating, and beach walking on the Outer Banks of North Carolina and regular visits to the Yorkshire Dales. Closer to home, they found enjoyment hiking local trails.

Harold is survived by his wife, Nancy; a daughter, Barbara Hawman; and her husband, Robert Hawman; a granddaughter, Elizabeth Patrich and her husband Seth; a grandson Peter Hawman and his wife Amy; and two great-grandsons, Joshua and Walker Patrich.

The family offers special thanks to to all the staff at Wellspring Juniper Village at Brookline for the loving care given to Harold. We also thank Grane Hospice for their dedicated care.

A reception at the Parish Life Center will follow the service.

In lieu of flowers, the family invites those who so desire to contribute to an organization of their choice in Harold's memory.

Share Your Memory of
Harold
Upload Your Memory View All Memories
Be the first to upload a memory!
Share A Memory