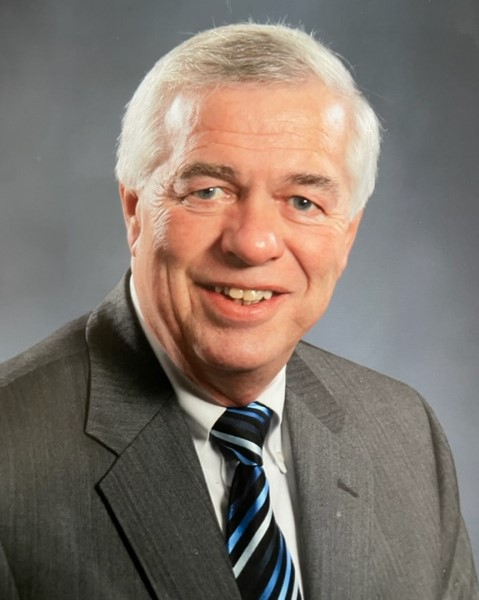 Alton James Stewart passed peacefully on Tuesday September 27, 2022 at his residence in Pa Furnace. He was born July 13, 1946 in Bath, New York to Howard Lewis and Evelyn Aber Stewart.

On August 6th, 1966 he married the love of his life and lifelong friend, Nancy Jane (Gilkinson) Stewart who survives.

He graduated from Corning High School in New York in 1964, served his country as a communications intelligence analyst in the US Navy and then relocated to State College Pennsylvania where he continued his career in government securities as an intelligence analyst with HRB Singer/Ratheon. Alton retired in 2011 as VP of financial Investment for First National Bank.

He was an avid golfer, member of the State College Elks Club and American Legion. He was heavily involved with Penn State University through the Nittany Lions Club as well as local charity organizations.

Alton was a great patriot, history buff, avid reader and sports enthusiast. He enjoyed his years in retirement with family and dear friends and will be greatly missed by all.

Services will be private at the request of the family. Memorial contributions can be made in Alton's name to the Wounded Warrior Veteran's Charity Organization.

To send flowers to the family or plant a tree in memory of Alton Stewart, please visit Tribute Store

A Memorial Tree was planted for Alton
We are deeply sorry for your loss ~ the staff at Koch Funeral Home
Join in honoring their life - plant a memorial tree
Services for Alton Stewart
There are no events scheduled. You can still show your support by sending flowers directly to the family, or planting a memorial tree in memory of Alton Stewart.
Visit the Tribute Store

Share Your Memory of
Alton
Upload Your Memory View All Memories
Be the first to upload a memory!
Share A Memory
Send Flowers
Plant a Tree