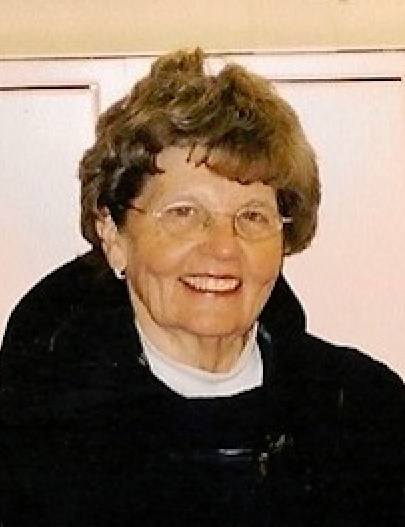 Rita Jacqueline Chase Roeshot, a much-loved resident of Foxdale Village in State College, PA, passed away peacefully on October 2, 2022. She was 86. During her final hours she was surrounded by loving family both in person and many visiting by phone, filling her room with prayer, song, laughter, and tears. With remarkable brief moments of lucidity, she gifted each one of us with loving acknowledgement, generously giving everything she had left, as was her nature.

Born September 27, 1936 in Medix Run, Pennsylvania. She was the daughter of Geneva A. Billotte and Merlyn Ross Chase. Her younger brother Gary Chase, lives in Euless, Texas.

At only sixteen and younger than her peers, Rita moved to the "big city" to attend Penn State University, the first in her family to do so. Graduating first in her class of 22 from Benezette high school of rural Elk County, this move required great courage and determination traits that would serve her all throughout her life.

While at Penn State, Rita met Larry Roeshot in the library when he asked her to help him to study. She did help him, but it would be months before she agreed to go on a date, testing Larry's determination. He would be up to the task.

Rita graduated from Penn State in 1957 with a BS in Mathematics Education. Later that year, August 17th, Rita and Larry were married. The young couple quickly planted roots in the community they had grown to love, State College, PA.

Rita worked tirelessly in nearly every capacity at Spectra Wood, involving her kids whenever and wherever possible. She spearheaded the trade shows and was the drive behind Spectra's tremendous growth careful to maintain its essence as a family business.

Rita was happiest behind the scenes, loving and serving others. When she transformed her home to host her first fundraising tea in 2005, her gifts and generosity were on full display. Because of its huge success, there would be many more teas each one growing in size and impact. Rita's teas became legendary. With the help of former guests now volunteers, they produced a Michelin style menu with multiple courses. Guests were escorted to beautifully dressed tables with flowers from her garden and a unique bone china tea cup at each place setting. Even more than the money that was raised for missions, was the transformative impact the event had on every person there.

If you were to visit Rita at Foxdale, the first thing you would notice is her "wall of fame." Large portraits of her four children and fourteen grandchildren line the walls. She loved her expanding family well and reminded every one of us to "remember our name." She is preceded in death by her adoring husband Larry and her eldest son Douglas Roeshot. Surviving her are: Linnie Roeshot, Boalsburg, PA; Deborah Roeshot Hucke and Doug Hucke, Albuquerque, NM; David and Meghan Roeshot, Port Matilda, PA; Diana Roeshot Friberg and Andy Friberg, State College, PA.

Rita and Larry have been long-standing members of St. Paul's United Methodist church. Their involvement centered around a bible study group that began in 1961and endured in different forms throughout the decades. The living members are among their dearest friends.

Despite debilitating Parkinson's, Rita's grace and kindness prevailed. She was a thoughtful listener who put everyone at ease making them feel valued and important. Her love for the Lord and unwavering faith was evidenced by her firm belief that that actions speak louder than words. Alongside Larry, she loved building houses and a thriving business, celebrating occasions in her home, cheerleading the pursuits of her kids and grandkids, and traveling with friends. She was an accomplished cook who loved gardening, dishes, and peanuts.

With sincere gratitude we thank the outstanding staff at Foxdale Village and Grane Hospice who cared for Rita with loving compassion.

Rita, our humble matriarch, who prayed for each one of us daily, leaves a gaping hole in our family and she will be missed. But those closest to her have been blessed by the reassurance that her broken body has been healed and she has been re-united with Larry forevermore.

Share Your Memory of
Rita
Upload Your Memory View All Memories
Be the first to upload a memory!
Share A Memory