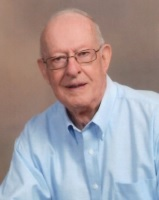 Fred, 90, of State College passed away Tuesday, October 11, 2022 at Mt. Nittany Medical Center. Born September 27, 1932 in Barnesboro, Pennsylvania he was the son of James and Sarah Jane (Carter) Hopkins. When he was seven years old the family moved to Philipsburg where they lived for many years. On September 10, 1960 he married Nancy Shirey Hopkins who survives at home. Also surviving are his son James Brian Hopkins and wife Elizabeth Jane Hopkins of Port Matilda; and two grandsons, Adam James Hopkins and wife Alice Hopkins of Canton, OH and Jacob Michael Hopkins and wife Taylor Miles Hopkins of Seattle WA; and his sister, Laura Evelyn Roberts of Erie, PA along with numerous nieces and nephews. He was a 1950 graduate of Philipsburg High School and a 1955 graduate of the Altoona School of Commerce earning an Associate Degree in Accounting. He also earned a Bachelor of Professional Studies from Elizabethtown College in 1983. In the 1950s he worked as a bookkeeper for the First National Bank in Philipsburg and as an accountant for the Curtiss-Wright Corp. in the Propeller Division in New Jersey and the Research Division in Quehanna, PA. In 1960 he began working in the Controller's Office at Penn State University, retiring in 1991 as Manager of Research Accounting. While there he was awarded the Charles R. Chambers Excellence in Accounting Award for which he was very proud. He was preceded in death by his parents; his brother James Edward Hopkins; two sisters Dorothy Larue Scott and Ella Margarette VanNorman. He was a member of St. Paul's United Methodist Church in State College, the Free and Accepted Masons Lodge #391 in Philipsburg and the Williamsport Consistory. Visitation will be 6-8pm on Tuesday, October 18, 2022 at Koch Funeral Home, 2401 S. Atherton Street, State College. Funeral will be held at 11am on Wednesday, October 19, 2022 at St. Paul's United Methodist Church, 250 E. College Ave., State College, PA, with Reverend Greg Milinovich officiating. A visitation will be held one hour prior to the service beginning at 10am. Memorial contributions may be made to St. Paul's Shoe Bank, 250 E. College Ave., State College, PA 16801. Arrangements are under the care of Koch Funeral Home, State College. Online condolences and signing of the guest book may be entered at www.kochfuneralhome.com or visit us on Facebook.
To send flowers to the family or plant a tree in memory of Fred Hopkins, please visit Tribute Store
Tuesday
18
October

Share Your Memory of
Fred
Upload Your Memory View All Memories
Be the first to upload a memory!
Share A Memory
Send Flowers
Plant a Tree