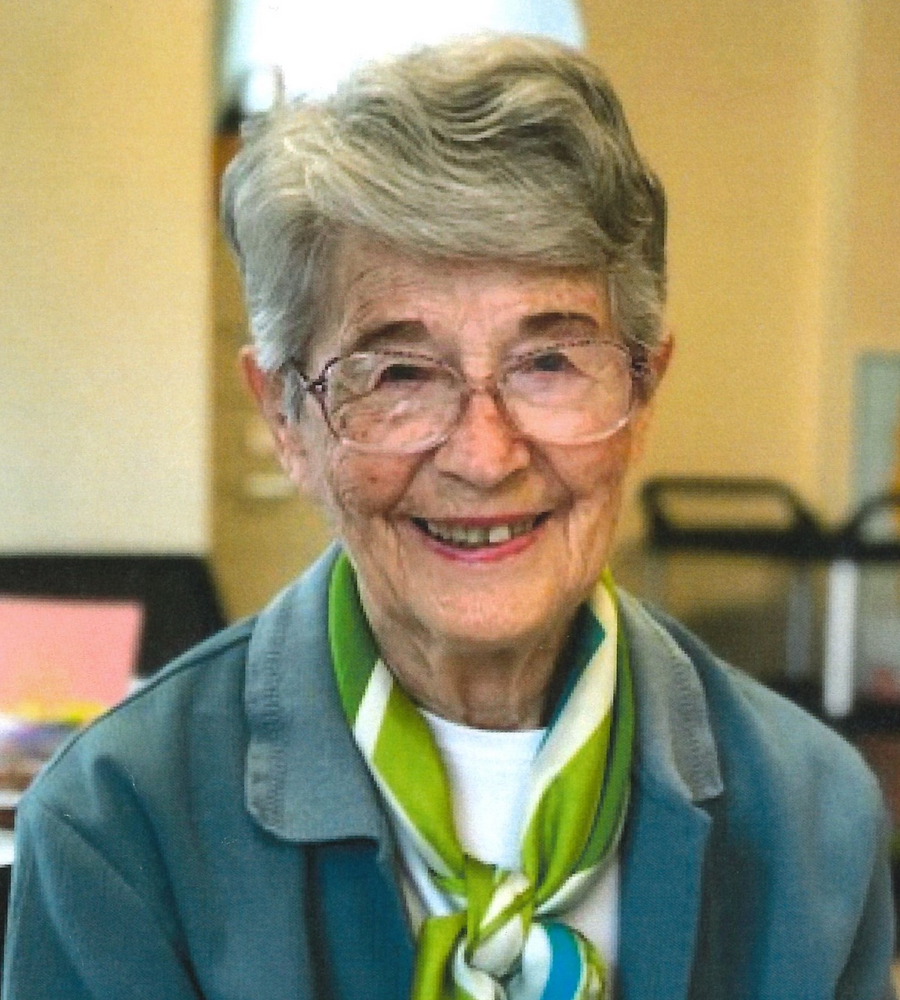 Born February 13, 1923, in Williamsport, she was the daughter of the late Nicholas and Rose Hagman Wellendorf. On January 25, 1946, she married Garrett C. Mitchell, her high school sweetheart, who survives.

Laura graduated from South Williamsport High School in 1940, and the Williamsport Hospital School of Nursing in 1944. During WW II she served in the US Army Nurse Corp at Camp Lee, Virginia, and McGuire Army Hospital, Richmond, Virginia. She worked as a Registered Nurse at the Bellefonte Hospital and the Lock Haven Hospital.

She was a member of St. Paul's Episcopal Church in Lock Haven for 54 years serving as financial secretary and on the altar guild. Recently she was a member of St. Andrew's Episcopal Church in State College after moving to The Village at Penn State in 2003. She was a Life Member of The Friends of the Ross Library, Lock Haven, the Clinton County Historical Society and the Lock Haven Hospital Auxiliary for which she served as treasurer.

Friends will be received from 10 until 11 a.m., on Monday, November 7, 2022 at St. Andrew's Episcopal Church, 208 West Foster Ave, State College. The memorial service will follow at 11 a.m. at the church, with Father Jeffrey Packard officiating.

In lieu of flowers memorial contributions may be made to St. Andrew's Episcopal Church, 208 West Foster Ave, State College PA 16801.

Share Your Memory of
Laura
Upload Your Memory View All Memories
Be the first to upload a memory!
Share A Memory