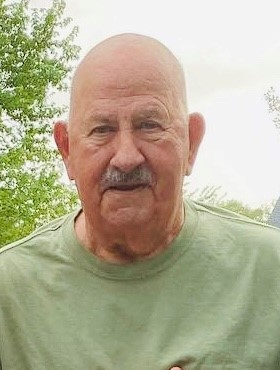 "Ham," also referred to as "Snark," by his family, Albert Ardell Foster, 83, died Thursday, November 3, 2022 in PA Furnace, after doing what he loved most, hunting.

Ham was a 1957 graduate of State College Area High School where he was an outstanding athlete, playing baseball and football. He attended The Pennsylvania State University on a baseball scholarship before enlisting in the United States Air Force; he honorably served on active duty as a Senior Airman. After over 30 years of employment with the United States Postal Service, he retired as the postmaster of Pine Grove Mills.

Ham was an avid outdoorsman, who loved fishing and hunting; he could be found at his beloved camp, "Jack's Place," where he would enjoy visiting with friends and family who stopped by. For many years, Ham played and umpired softball. He proudly earned his brown belt in Judo while in the military. He was a fan of the Philadelphia Phillies, Dallas Cowboys and also enjoyed boxing. Ham loved his country and veterans, supporting the Wounded Warrior Project, Tunnels to Towers Foundation, as well as Saint Jude Children's Research Hospital.

In lieu of flowers, donations can be made in Ham's name to any of the above charities.

Share Your Memory of
Albert
Upload Your Memory View All Memories
Be the first to upload a memory!
Share A Memory