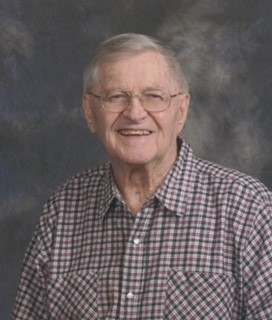 Born August 16, 1928 in Friedens, PA, he was the son of Edward and Elizabeth Sopper and the brother of Jean Metz of Baltimore, MD and Gloria Tkach (deceased) of Bethlehem, PA. He married Marie Louise Bachman in Allentown, PA on December 29, 1951, who preceded him in death.

Following graduation from Allentown High he joined the U. S. Army and served in the U.S. Occupation Force, Japan and later in the Korean War, rising to the rank of Master Sergeant. Following completion of active duty, he returned to Penn State University where he earned Bachelors and Masters degrees and later a PhD in Forest Hydrology from Yale University. He worked as a Professor of Forest Hydrology at Penn State's Institute for Research on Land and Water Resources, wrote and contributed to several books, and had the opportunity to travel to 5 continents during the course of his tenure there.

As a young man he enjoyed volleyball and gymnastics and during his undergrad time at Penn State he was a member of the PSU gymnastics team. In later years he was a member of Mt Nittany Methodist Church and an avid participant in a local Bocce group. He was a loving, generous, family-oriented father, grandfather and great-grandfather and especially enjoyed many family trips to Virginia Beach and the Hershey Ice show. He also enjoyed fishing, crabbing and playing cards and games with family and friends.

After retirement he enjoyed wintering in Cape Canaveral, Florida where he made many wonderful new friendships and developed a treasured friendship with the Schofield/Matheson family in Nova Scotia. He was famous among his family for his fishtail hat, unlit "Pappy cigar", his ever-present wolf jacket, his love of lobster and his preferred "Tastycake breakfast". His favorite activity was spending time with his family and he leaves behind a legacy of love and encouragement. He will be deeply missed and never forgotten.

Share Your Memory of
William
Upload Your Memory View All Memories
Be the first to upload a memory!
Share A Memory