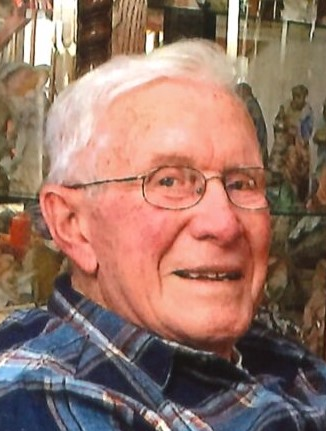 In addition to his wife he is also survived by a son, John Hoch, and two grandchildren, Laura Hoch and her husband Stephen Kass and Daniel Hoch and his wife Erin. He was preceded in death by two brothers, Monroe and Stewart.

Edward graduated from Newport Township High School. He served in the United States Air Force from 1951 until 1955. During his time with the Air Force he was involved with NATO in Norway. He worked many jobs, his most notable job was owning and operating Way Christian Bookstore. After retirement he drove tour buses for Fullington- this, too, was notable.

He was a member of the Mount Nittany United Methodist Church.

Visitation will be held Saturday, December 17, 2022 from 1-2 pm at Koch Funeral Home, 2401 S. Atherton Street, State College. A funeral service will follow the visitation at 2 pm with the Reverend Elisa Osman officiating.

Burial will be in Dodson Cemetery in Shickshinny, PA.

Share Your Memory of
Edward
Upload Your Memory View All Memories
Be the first to upload a memory!
Share A Memory