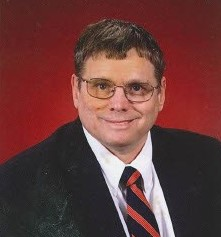 Scott Nelson Newton of State College passed away Friday, December 23, 2022, at age 68. He was born August 23, 1954 in Elmhurst, Illinois, the son of Fielder N. and Marjorie C. Newton, who preceded him in death.

A 1974 graduate of Greater Latrobe High School, Scott attended St. Vincent College where he graduated in 1979 with a Bachelor of Arts degree. Prior to relocating to State College, Scott lived in Harrisburg where he held employment with the House Republican Caucus of the PA House of Representatives and the Harrisburg Senators.

On April 27, 1964 Scott sustained a closed head injury. As a result, he experienced significant brain damage. It was initially thought that he would never walk or talk again and his road to recovery was long and painstaking. Throughout his life Scott endured many physical, mental, and emotional heartaches. Even with these difficulties, Scott maintained a terrific sense of humor as well as a positive attitude which was an inspiration to his family and friends.

Scott turned to poetry to help him cope with the struggles he faced. He self-published four books, Great Scott, The Road Less Travelled, A Work In Progress, and the Schlitz System.

Scott was an avid sports enthusiast, rooting hard for the Pittsburgh Pirates, Steelers and Penguins. He loved Penn State athletics. Also, Scott enjoyed politics and was a loyal supporter of the GOP.

Scott was a member of St. Paul's United Methodist Church in State College.

In lieu of flowers, memorial contributions may be made to the Scott N. Newton Class of '79 Endowed Scholarship at St. Vincent College, 300 Fraser Purchase Road, Latrobe, PA 15650. The scholarship is awarded to a student who requires accommodations following the guidelines set forth in the Americans with Disabilities Act.

A memorial service will be held at the Heritage United Methodist Church, 107 W. Main Street, Ligonier, PA at a later date with the Reverend Clark R. Kerr, III presiding. Interment will be at the Ligonier Valley Cemetery

Arrangements are under the care of Koch Funeral Home, State College. Online condolences and signing of the guestbook may be entered at www.kochfuneralhome.com or visit us on Facebook.

Share Your Memory of
Scott
Upload Your Memory View All Memories
Be the first to upload a memory!
Share A Memory