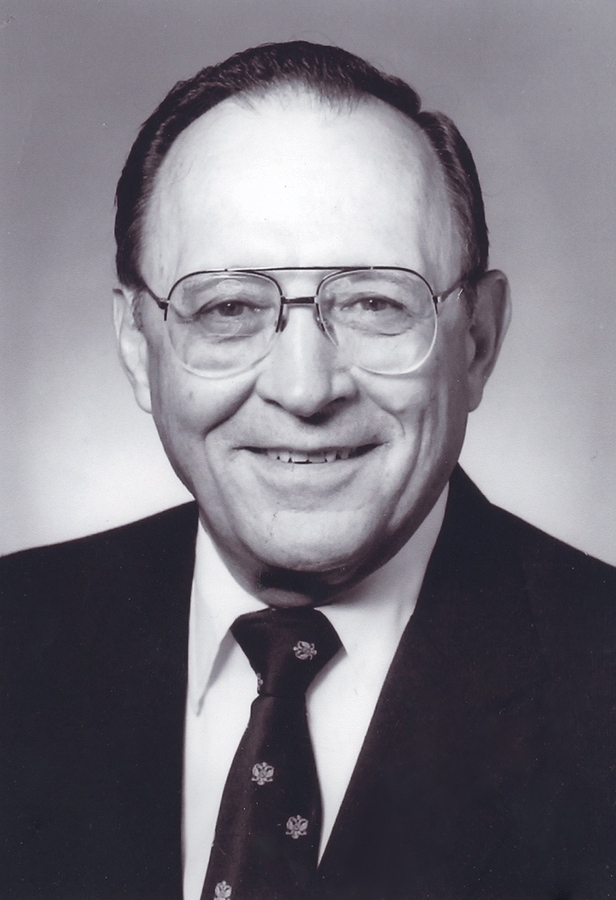 Stanley Penrose Mayers, Jr., of State College, died Tuesday, January 3, 2023, at his home in Park Forest. He was born on November 9, 1926, in Philadelphia, Pennsylvania.

Stan Mayers lived a long and happy life, playing many valuable roles and enjoying a rich variety of meaningful experiences and deep connections with people.

His undergraduate studies at the University of Pennsylvania were interrupted by his service during the Second World War. He served in the U.S. Navy as a Seaman First Class between March 1945 and July 1946. He subsequently returned to the University of Pennsylvania, where he received both a Bachelor of Arts and a Doctor of Medicine in 1949 and 1953, respectively, followed by a Master of Public Health at Johns Hopkins University in 1958. Additional educational pursuits to his credit include an internship at Philadelphia General Hospital and a residency at the Arlington County Health Department. He was also board certified in Preventive Medicine.

Mayers' diverse positions as a public health services officer began in 1955 as a Health Director for the Henry-Martinsville-Patrick Health District in Virginia, later included the role of the Regional Director for the Virginia State Health Department and District State Health Officer for the New Jersey State Department of Health. From 1965 to 1971, he served as the Director of the Arlington County Department of Human Resources (combining the former Health and Welfare Departments and Mental Health Care) in Northern Virginia.

In 1971, he was invited to join Marshall Raffel at Penn State to develop a new program in Health Planning and Administration (later, Health Policy and Administration) in the then College of Human Development. He went on to chair the department for nearly a decade and served as the Associate Dean for Undergraduate Studies (1989-1992) and Associate Dean for Academic Studies (1992-1995) of the College of Health and Human Development. He was an instrumental figure in the success of the department, which became recognized as the second-largest in the college, and assisted in recruiting freshman students and offering financial assistance to those in need.

His commitment to supporting outstanding students and providing assistance for outreach activities led to the establishment of The Margaret A. and Stanley P. Mayers Memorial Scholarship and the Virginia L. Mayers Memorial Scholarship, as well as the Stanley P. Mayers, Jr. Health Policy and Administration Excellence Endowment. He was an active participant in numerous Penn State fundraising drives, and enjoyed reaching out to alumni to encourage them to support their alma mater.

He was also a longtime consultant in his field, and previously served on the Board of Directors of the Centre County Family Planning Services in Bellefonte, Pennsylvania. In retirement, he remained active as the Vice Chairperson of the Center County Hospital Commission until 2021, continued to chair the Biomedical Review Committee at Penn State, and, for most of 2000, acted as the interim director of International Education Programs and Studies (Global Penn State).

He is a recognized fellow of the American College of Preventive Medicine. Likewise, he was elected as a fellow of the American Public Health Association, where he served as the chairperson of several prominent committees. Among other public health-related memberships, he was a past president of the Centre County Medical Society, and the Virginia chapter of the American Association of Public Health Physicians. In recognition of his accomplishments, Dr. Mayers received an Outstanding Achievement Award from the Department of Community Medicine at Georgetown University School of Medicine in 1968, the Arlington County Medical Society's Welburn award in 1971, a Saubel Award from the College of Human Development at Pennsylvania State University in 1985, and a Pioneer Achievement Award from Frankford High School in Philadelphia in 1999.

A burial at sea will be performed at a later date by the U.S. Navy. Following that committal ceremony, a memorial service for family and friends to celebrate a life well-lived will be organized later this year.

Memorial gifts can be made to one of his endowments at Penn State: the Margaret A. and Stanley P. Mayers Memorial Scholarship, the Stanley P. Mayers Health Policy Administration Excellence Fund, and/or the Virginia L. Mayers Memorial Scholarship in the College of Health and Human Development. Please send checks payable to The Pennsylvania State University by mail to The Development Office, College of Health and Human Development, 325 HHD Building, University Park, PA 16802, with the gift designation(s) in the memo line of the check. Gifts can also be made by visiting raise.psu.edu/StanleyMayers or by calling 814-865-1064.

Share Your Memory of
Stanley
Upload Your Memory View All Memories
Be the first to upload a memory!
Share A Memory