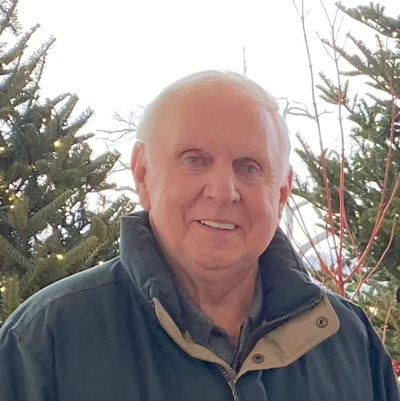 Doug is survived and missed by his loving wife Linda (née Murphy) of 57 years; and his children, Bevan (Stephanie) of Chevy Chase, MD and Jeff (Ellen) of Washington, DC. Poppa Dougie will be forever remembered by his four grandchildren, Isabelle, Sophie, Patrick and Emily. His memory will be cherished by the entire Mace family, including his sister, Paula Mace of Apollo Beach, FL, who he lovingly nicknamed PAM, and cousins. Doug is also survived by his brother-in-law James (Marcia) Murphy and the families of their children, Kim Minnick, Jason (Cassie) Murphy and Macie (Brandon) Bemrick. His cuddles and crumbs will be very missed by his loyal dog, Austin.

He was predeceased by his loving parents, John Baxter and Ruth Martha (née Davies) Mace, and his sister, Susan Baxter Mace.

Born September 21, 1937, in Paterson, NJ, he overcame many obstacles to carve his own path. He graduated from PS 94 Elementary School in Little Neck, NY in June 1952 and from Bayside High School in 1956. After working a year and taking classes at Hunter College in NYC at night, he attended Nichols Junior College in Dudley, MA and graduated in 1959 with an ABA degree. Doug attended Texas Christian University (TCU) and was awarded a bachelor's degree in Philosophy in 1962.

In 1962, he began graduate studies at TCU in Philosophy while working as a statistical analyst for research studies in the Psychology Department. He wrote code for the University's first computer to support numerous research studies. Douglas and Linda Elaine Murphy fell in love while overseeing the operations of TCU's first computer center. The young couple was married on December 28, 1965 in Fort Worth, Texas. They began their new path together in State College, PA in 1966.

His research career spanned over many decades. He worked with HRB-Singer Inc. in State College while completing his master's degree in 1967. He was given the opportunity to conduct human factors studies of a tactical operating system with the U.S. Army in Heidelberg, Germany in 1967-1970. Doug and Linda were able to travel to many European countries. After returning to State College, he joined the Institute for Research in 1973. Doug launched his own company, The Last Resource Inc., in 1987 and won several contracts with the Federal Highway Administration (FHWA) and conducted numerous transportation-related research studies. To this day, his research continues to impact the larger font size on street signs, numbering of highway exit signs, vehicle headlight safety and roadway lighting.

Doug had an unquenchable thirst for knowledge, winning, and making others laugh. He spent his spare time listening to music, supporting local sports teams, golfing with the Burning Tee league and ushering at Saint Andrew's Episcopal Church in State College, PA. He could often be found enjoying a football tailgate and games on Saturdays at Penn State, cheering for the PSU Ice Hockey teams on the weekends, and analyzing the State College Spikes baseball games in the summer. He loved playing games, reading and cheering for his grandchildren. Doug never turned down a good road trip and treasured the memories he made during his trips throughout Europe, Maine, Florida, Texas, Hilton Head Island and Washington, DC. Doug developed an affinity for wine and fine dining. He captured thousands of photos along the way.

In lieu of flowers, memorial contributions may be made to Saint Andrew's https://standrewsc.org/stewardship/giving, beloved neighbor's Easter Seals Walk With Me fundraiser https://secure.easterseals.com/site/TR/WalkWithMe/WWMStateCollege/504267022?pg=team&fr_id=4346&team_id=147799, or Centre County PAWS www.centrecountypaws.org.

Share Your Memory of
Douglas
Upload Your Memory View All Memories
Be the first to upload a memory!
Share A Memory