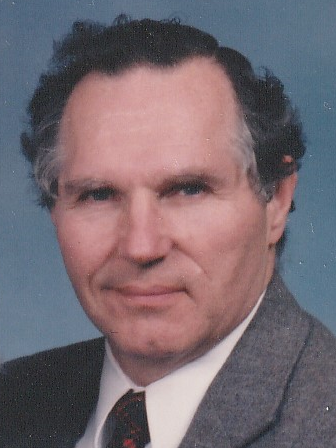 Ben was born to Benedict Macfarlane and Helen Breinig on October 1, 1934, in Chicago, Il.

In high school, he met Frances McPherson, and they soon fell in love. Married on April 12, 1958, they worked together, living life in a way they knew would honor God.

Ben graduated in 1956 from Purdue University, earning his Bachelor's degree in Chemical Engineering; he continued to educate himself on every topic imaginable from then on – the idea that he was finished learning was never something he would consider.

He worked for Mobil Oil Corporation as a chemical engineer for 40 years, and served in the military in 1956, though he would rarely share what he did in the army with others.

He was preceded in death by his parents, wife, and infant daughter, Holly Beth – with his daughter having been the first.

He is survived by a daughter, Heather L.M. Wiederwax and her husband, Paul, of Centre Hall, Pa.; and grandchildren, Christina Coder of Corry, Pa., David Coder of Boalsburg, Pa., and Terena Schultz and her husband Brian of State College, Pa. – people about whom he would consistently think.

Ben was an Eagle Scout, following the scout's oath in a way that impacted his whole life deeply. He was a member of the Gideons International and upon moving from New Jersey in 1997, he joined the State College Christian Missionary Alliance Church where he became a trustee and attended regularly ever since. In addition, he was a member emeritus of the Nittany Christian School board, firmly believing in the value of investing in the leaders of tomorrow.

With his hands never idle, Ben enjoyed watching and carving birds – a hobby which he shared with Julia Hamilton, his grandson's longstanding girlfriend – always reminding her to remove anything that the carving isn't. Apart from wood, cake was his next favorite medium, and he crafted structurally sound creations for his loved ones' birthdays - each one more creative than ever.

Seizing every opportunity, Ben traveled the world with his family, often by tent (since it was cheaper), canoed, rebuilt cars in his living room, built houses and furniture, and most importantly – no matter day or night, showed up for others every time he promised.

There will be a private family burial, followed by a public memorial service which is to be held on March 4th, 2023 at the State College Alliance Church, 1221 West Whitehall Road, State College. Visitation will be held from 10:00 – 11:00 am with the service and luncheon to follow.

Memorial donations may be made to Harvey Cedars Bible Conference, hcbible.org/give

Share Your Memory of
Benedict
Upload Your Memory View All Memories
Be the first to upload a memory!
Share A Memory