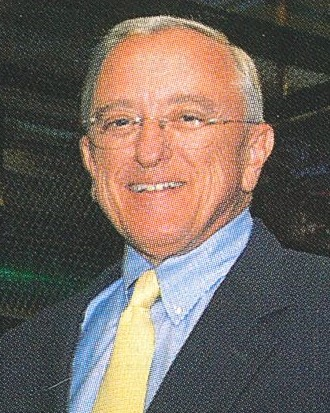 He is survived by his wife of 51 years, Judith, and his three children; son Ryan, his wife Corrie and their son Quinn of Hyattsville, MD; son Spencer, his wife Sarah and their children Oliver and Abigail of Hastings on Hudson, NY; and daughter Lauren of Sleepy Hollow, NY.

Larry was born in Baltimore, MD on March 21, 1943 to Thaddeus and Edna Mae (Shew) Orkus and was raised in Altoona, PA. Larry considered himself a jack of all trades and carved out a life full of opportunities and adventures. He started out in 1st grade playing the marimba and continued to play in his junior high and high school marching bands, later playing the vibes in Saturday night dance band gigs. He was a graduate of Altoona High School and earned undergraduate and graduate degrees from Penn State, where he met Judy.

During college, Larry completed an internship at Abraham & Straus in Brooklyn which began his love for New York City. After touring the country doing seminars for the Menswear Retailers of America, he ran Kalin's clothing store in State College followed by Snazzy's ice cream and restaurant. Ever the entrepreneur, he started a managing consulting business, Orkus Associates and later partnered in an advertising agency. He finished his career as Assoc. Publisher of Reading Eagle Co.

In between opportunities, he taught marketing at PSU and classes in the College of Human Development. He enjoyed fishing and flying his hot air balloon, and created several balloon meets during the Arts Festival. Larry was always up to date on current events, articles in the New Yorker and enjoyed wide tastes in music. He prided himself on his sharp attire and liked nothing more than spending time on his property in Port Matilda, his beloved dog Finn by his side.

In lieu of flowers, donations can be made to CurePSP https://www.psp.org and Centre County PAWS https://centrecountypaws.org/

Funeral service will be held at 9:30am on Friday, January 27th at Koch Funeral Home with Jackie Hook officiating.

Burial will be in Gray's Cemetery.

Share Your Memory of
Larry
Upload Your Memory View All Memories
Be the first to upload a memory!
Share A Memory