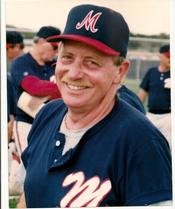 Charles Robert Harte, III, 69, of Boalsburg, PA., beloved husband and father, died on Monday, March 19, 2012 of heart failure. He was born in Scranton, PA, Lackawanna County, on March 30, 1942, and he was the son of Charles R. Harte, Jr. and Lillian Brombacher Harte, who proceeded him in death. His brother Jack T. Harte, also died recently, and his sister Margaret Moody lives in Scranton, Pa. On December 30, 1986, he married his loving wife Cheryl L. Harte. (Cheri) He also leaves his two daughters, Krista Susan Harte Sassaman and her husband John Charles Sassaman, and their daughter Mirren Sassaman, who live in Bethesda, Maryland; and Cara Beth Fitzgerald and her husband, Sean Allen Fitzgerald, of Springfield, Virginia and their children Jack Cade Fitzgerald, Summer Kate Fitzgerald, and Evan Reed Fitzgerald. He also leaves behind a large extended family that will miss his sage advice and his fun loving personality. Charles lived a life of service to others. He had taught eighth grade Social Studies in Fairfax County, Virginia, at Robinson Secondary, Irving Intermediate, Luther Jackson Intermediate, and Franklin Intermediate. He was an entertaining teacher who made learning fun, and he really made a connection with his students. Everybody wanted to be in Mr. Harte's class. Charles graduated from Central High School in Scranton, PA, in June of 1960, and then attended Bates College in Maine on a basketball and baseball scholarship. He missed Pennsylvania and transferred to Penn State the next year, graduating in 1964 with a degree in history. He loved Happy Valley so much that he retired to this area. He was devoted to everything Penn State and loved attending the football and basketball games. While attending Penn State, he joined Phi Gamma Delta and lived in the house on campus. He made many life long friends while here. After retirement, he became advisor and served as a mentor to the young men. They loved learning life lessons from him and just hanging out with him. He strongly believed in the concept of "not for college days alone." He worked hard to restore the house to its former glory. He also graduated from the College of St Thomas in Minneapolis, Minnesota, in 1975, with a masters in Teaching and Curriculum. During his life, he loved athletic pursuits. He played fast pitch softball for 30 years and was inducted in the Greater Washington Softball Hall of Fame in 1997. He was also a passionate fly fisherman and loved talking about it as much as doing it. His retirement years were filled with traveling and spending as much time with his family and friends as he could. Charles was a lifelong learner and enjoyed visiting new places. Whether it was riding the ferris wheel with his grandchildren at Knoebels or whale watching in Hawaii and Alaska, he lived his life to the fullest. He was happy and smiling every day of his life. On Saturday, March 31, 2012, St Paul's Methodist Church will host a visitation from 1 0:00AM to noon, with a short break for lunch, then the funeral will be at 1:00 PM. Reverend Ed Zeiders will preside. Arrangements are under the care of Koch Funeral Home, State College. Online condolences may be made at www.kochfuneralhome.com. In lieu of flowers, memorial contributions can be made to Phi Gamma Delta Educational Foundation so that a scholarship can be given to one of the active members of the brotherhood. Or you can contribute to Trout Unlimited or St Paul's Methodist Church. He never met a stranger and made an impact on those who knew him. He was a good man and a role model to many.
To send flowers to the family or plant a tree in memory of III Harte, please visit Tribute Store

A Memorial Tree was planted for III
We are deeply sorry for your loss ~ the staff at Koch Funeral Home
Join in honoring their life - plant a memorial tree
Services for III Harte
There are no events scheduled. You can still show your support by sending flowers directly to the family, or planting a memorial tree in memory of III Harte.
Visit the Tribute Store
Print
Share A Memory
Send Flowers
Plant a Tree