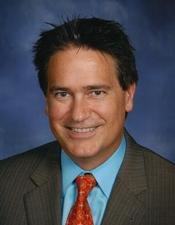 Kenneth W. Reeves 50, of Lemont died Sunday, March 25, 2012 at Mount Nittany Medical Center. Born May 22, 1961 in Philadelphia the son of Frank H and Arlette Espenshade Reeves of Glenside. On October 1, 2011 he married Raychel Harvey-Jones who survives at home, they met in 2008. Kenneth is survived by one sister, Beverly Thompson and her husband Keith of Horsham, and one brother Stephen F. Reeves and his wife Lynn of Baltimore, MD. He obtained his degree in Meteorology from Penn State University and on graduating in 1983 he started working at AccuWeather; where he remained for 29 years. As an expert meteorologist and a well-known face on national television, Ken had a passion for weather and a passion for everything he did, with a larger than life personality. He touched all he came into contact with and will be deeply missed by so many as a mentor, a colleague, a friend and a loved-one. He was a member of the State College Presbyterian Church. Ken was an active member of his local community in particular the Mount Nittany Conservancy. In recent years Ken was working bi-coastal and became very active in fund raising for Children's Hospital of Orange County (CHOC) where Raychel volunteers as part of the corporate development committee. Friends will be received at the Koch Funeral Home, 2401 South Atherton Street, State College, PA on Thursday, March 29, 2012 from 2 until 4 and 6 until 8 p.m. The funeral service will be held at the State College Presbyterian Church, 132 W. Beaver Avenue, State College, PA 16801 on Friday, March 30, 2012 at 1:00 p.m. Memorial contributions may be made to Mount Nittany Conservancy, P.O. Box 334, State College, PA 16804 or to Children Hospital of Orange County, Att: Lois Augustine, 505 S. Main St. Orange, CA 92868-3874 Online condolences may be made at www.kochfuneralhome.com.
To send flowers to the family or plant a tree in memory of Kenneth Reeves, please visit Tribute Store

A Memorial Tree was planted for Kenneth
We are deeply sorry for your loss ~ the staff at Koch Funeral Home
Join in honoring their life - plant a memorial tree
Services for Kenneth Reeves
There are no events scheduled. You can still show your support by sending flowers directly to the family, or planting a memorial tree in memory of Kenneth Reeves.
Visit the Tribute Store
Print
Share A Memory
Send Flowers
Plant a Tree