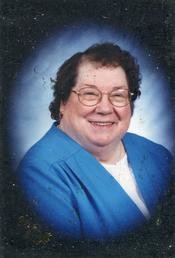 Louise Corl Henry, 89, of State College, died Wednesday, April 25, 2012 at Mount Nittany Medical Center, State College. Born January 19, 1923, in Pine Grove Mills, she was a daughter of the late Clayton L. and Lucy Krebs Corl. She married Robert M. Henry on September 4, 1948, who survives. She is survived by three children, James D. Henry and his wife, Vicki, of Mechanicsburg, Samuel C. Henry and his wife, Donna, of Mechanicsburg, Thomas R. Henry and his wife, Elise, of Hummelstown, a sister, Katherine Schnavely, of Altoona, six grandchildren, one great grandson and numerous nieces and nephews. She was preceded in death by a son, Edward C. Henry, on January 19, 1994 and two brothers, Richard Corl, Donald Corl and a sister, Frances Randolph. Louise was a 1940 graduate of Altoona Area High School. She was employed by Penn State University as a Secretary at the Ordinance Research Laboratory. She was a member of St. Paul Lutheran Church, Pine Grove Mills and was a volunteer for the Hershey Medical Center and Meals on Wheels, Hershey. She was a member of the DAR in Bellefonte. She enjoyed sewing and was an avid quilter. Visitation will be 6 to 8 p.m. on Saturday, April 28, 2012, at Koch Funeral Home, 2401 S. Atherton St., State College. Funeral service will be at 2:00 p.m. on Sunday, April 29, 2012 at the funeral home with the Rev. Kelly Baxter officiating. Burial will be in Pine Hall Cemetery. Memorial contributions may be made to St. Paul Lutheran Church, 277 West Pine Grove Road, Pine Grove Mills, PA 16868. Online condolences may be made at www.kochfuneralhome.com.
To send flowers to the family or plant a tree in memory of Louise Henry, please visit Tribute Store

A Memorial Tree was planted for Louise
We are deeply sorry for your loss ~ the staff at Koch Funeral Home
Join in honoring their life - plant a memorial tree
Services for Louise Henry
There are no events scheduled. You can still show your support by sending flowers directly to the family, or planting a memorial tree in memory of Louise Henry.
Visit the Tribute Store
Print
Share A Memory
Send Flowers
Plant a Tree