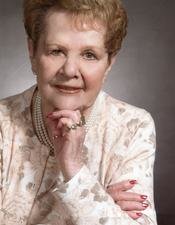 Marion Lois Eagle, 84, of State College, died Monday, August 6, 2012 at Mount Nittany Medical Center, State College. Born March 21, 1928, in State College, she was a daughter of the late James and Roxanna Sprankle. She married Cecil V. Eagle on December 31, 1952 who proceeded her in death. She is survived by three sons, Dennis V. Eagle and his wife, Amy, of Michigan, Stephen A. White and his wife , Janet, of Frederica, DE, Barry M. White and his wife, Carlotta, of Caseyville, IL, a sister, Mary A. Niceling and her husband, Ken, of Monessen, six grandchildren and nine great grandchildren. Marion attended the State College Area High School. Throughout her life she was employed with many companies as a secretary. She was a member of the St. Paul's United Methodist Church, Dover Century Club in Dover, DE and the Ladies Auxiliary of the BPOE Elks in Ionia, MI. A graveside service will be held at 11:00 a.m. on Thursday, August 9, 2012 at Boalsburg Cemetery, Old Boalsburg Road, Boalsburg, PA with the Rev. Dr. G. Edwin Zeiders officiating. Memorial contributions may be made to St. Paul's United Methodist Church, 109 McAllister St., State College, PA 16801 or Centre County Paws, 1401 Trout Road, State College, PA 16801 or Perks Cancer Assistance Fund, P.O. Box 313, State College, PA 16804 or American Lung Association of Central PA, 3001 Old Gettysburg Road, Camp Hill, PA 17011. Online condolences and signing of the guest book may be entered at www.kochfuneralhome.com.
To send flowers to the family or plant a tree in memory of Marion Eagle, please visit Tribute Store

A Memorial Tree was planted for Marion
We are deeply sorry for your loss ~ the staff at Koch Funeral Home
Join in honoring their life - plant a memorial tree
Services for Marion Eagle
There are no events scheduled. You can still show your support by sending flowers directly to the family, or planting a memorial tree in memory of Marion Eagle.
Visit the Tribute Store
Print
Share A Memory
Send Flowers
Plant a Tree