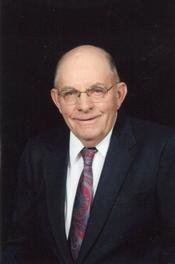 Robert W. Behrer, 73, of Pa Furnace, passed away Tuesday evening, August 7, 2012 at his residence. Born February 24, 1939, in Graysville, Franklin Twp., Huntingdon County, he was the first born son of the late Charles M. and Beulah B. Strayer Behrer Sr. In Philipsburg he married Lorrie Kephart on November 18, 1961 who survives. He is also survived by a son, Kirk W. Behrer and his wife, Oksana, of Pa Furnace, a brother, Charles W. Behrer and his wife, Helen, of Bellefonte, one granddaughter, Cassandra N. Behrer and one step-granddaughter, Elina J. Lure, of Pa Furnace. Robert was a 1957 graduate of Tyrone Area High School. He was founder of Robert W. Behrer Complete Landscaping Service and later became co-owner with his son, This business has been in existence for over fifty years. He was a member of the Upper Spruce Presbyterian Creek Church, the Free and Accepted Masonic Lodge #700 of State College, the Ancient and Accepted Scottish Rite Consistory Valley of Altoona, the Jaffa Shrine of Altoona and the Centre County Shrine Club. He was an associate life member of the Fraternal Order of Police Bald Eagle Lodge #51. He was a member of the Pa Nursery and Landscape Association. He also was a member of the Tyrone Fishing Club, and enjoyed hunting and farming. Visitation will be from 2-4 p.m. and 6-8 p.m. on Friday, August 10, 2012, at Koch Funeral Home, 2401 S. Atherton St., State College. Friends will also be received on Saturday, August 11, 2012, at 10:00 a.m. until the time of service. The funeral service will be held at 11:00 a.m. on Saturday, August 11, 2012, at the funeral home with the Rev. David Crow officiating. Burial will be in Graysville Cemetery. Memorial contributions may be made to the American Cancer Society, Centre Unit, 123 South Sparks Street, State College, PA 16801. Online condolences and signing of the guest book may be entered at www.kochfuneralhome.com.
To send flowers to the family or plant a tree in memory of Robert Behrer, please visit Tribute Store

A Memorial Tree was planted for Robert
We are deeply sorry for your loss ~ the staff at Koch Funeral Home
Join in honoring their life - plant a memorial tree
Services for Robert Behrer
There are no events scheduled. You can still show your support by sending flowers directly to the family, or planting a memorial tree in memory of Robert Behrer.
Visit the Tribute Store
Print
Share A Memory
Send Flowers
Plant a Tree