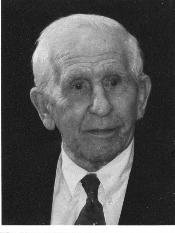 Robert King Kistler, 86, a lifelong resident of State College, died Friday, August 10, 2012 at the Fairways at Brookline following a long period of declining health. He was born at home at 510 West Fairmount Avenue, the son of Prof. Homer King and Nelle Liebenderfer Kistler. On June 23, 1951, in Connellsville, he married Jean Beverley Leighty who survives at home. Bob graduated from State College High School with the Class of 1943, and was that year's PIAA State Tennis Doubles Champion. As an Eagle Scout with Troop 1, he was a charter member and Treasurer of the Order of the Arrow's Monaken Lodge, and remained a lifelong supporter of Scouting. Bob was especially proud that all of his sons and grandsons achieved Eagle rank. A veteran of the Pacific Theater during World War II, Bob joined the U.S. Naval Reserve in 1943, and was discharged as a lieutenant, junior grade, in 1952. He served briefly onboard USS Ajax and then commanded YF-990 during tests of the atomic bomb at Bikini Atoll. He earned his commission and a degree in Naval Architecture/Marine Engineering from New York's Webb Institute in 1946. Following the war, Bob attended Stanford Law School, passing the California Bar in 1950. He was Assistant District Attorney in Merced, CA, before returning to State College to establish his own practice. He and John Miller, Jr. formed a partnership that is now the firm Miller, Kistler, & Campbell. Bob specialized in municipal law, and was State College Borough solicitor for many years. His intelligence and wit contributed to the resolution of many complicated cases over the course of a career that spanned five decades. He was a longtime member of Centre Hills Country Club and an avid golfer, beating his brother-in-law to win the 1972 Club Championship. In retirement, Bob and Jean divided their time between homes in Ellicottville, NY; Seabrook Island, SC; and State College. They traveled extensively throughout Europe and the Caribbean, and enjoyed annual sailing trips to the British Virgin Islands. While not traveling, Bob maintained a large vegetable garden and enjoyed tractor rides and crabbing with his grandchildren. In addition to his wife of 61 years, Bob is survived by three children: Leigh of Detroit, MI; Thomas and his wife Mary Jane of Colyer; and John and his wife Jane of Wilton, CT. Also surviving are eight grandchildren: Hobart, Peter, Jane, William, Connor, and Emma Kistler, and Lauren and Shannon Hoffman; as well as two great-granddaughters, Mazdalyn and Finnigan Hoffman-Woznicki. He was preceded in death by his two sisters and brothers-in-law: William and Mary Jane Green of Vancouver, WA; and Sever "Tor" and Ruth Toretti of State College. Friends will be received at the Koch Funeral Home, 2401 South Atherton Street, State College, PA 16801 on Monday, August 13, 2012 from 1 P.M. until 4 P.M. The funeral services will be held at the State College Presbyterian Church, 132 West Beaver Avenue, State College on Tuesday, August 14, 2012 at 1:00 P.M. with Rev Joel T. Blunk officiating. Burial will be in Spring Creek Cemetery. In lieu of flowers, contributions may be directed to, The Juniata Valley Council, Boy Scouts of America, 9 Taylor Drive, Reedsville, PA 17084 Online condolences and signing of the guest book may be made at www.kochfuneralhome.com
To send flowers to the family or plant a tree in memory of Robert Kistler, please visit Tribute Store

A Memorial Tree was planted for Robert
We are deeply sorry for your loss ~ the staff at Koch Funeral Home
Join in honoring their life - plant a memorial tree
Services for Robert Kistler
There are no events scheduled. You can still show your support by sending flowers directly to the family, or planting a memorial tree in memory of Robert Kistler.
Visit the Tribute Store
Print
Share A Memory
Send Flowers
Plant a Tree