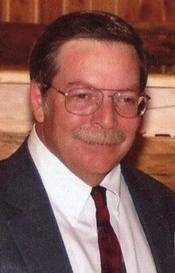 Randy L. Smith, 56, of Centre Hall passed away August 8, 2012 at his home. He was born July 18, 1956 in Gettysburg, the son of the late Roger W. and Dorothy White Smith. Randy was a 1974 graduate of the State College Area High School. He went on to earn a Law Enforcement and Corrections degree from The Pennsylvania State University in 1979. On August 12, 1988 he married Catherine Sherry who survives. He was a self employed sales representative for thirty five years with Nittany Office Equipment in State College. He was also contracted with Penn State Justice and Safety Institute as a Firearms Instructor and Coordinator for the PA Deputy Sheriff Program since July 2000. He was appointed Firearms Instructor for the Centre County Sheriff's Office in August 2000. Randy shared his passion and knowledge of firearms through numerous training and educational programs. He conducted civilian and law enforcement classes for the past twelve years. He was a member and chief pistol instructor for the Outdoor Sportsman's Club, Purdue Mountain, State College. He was a proud member of the NRA, the International Law Enforcement Educators and Trainers Association, and the International Association of Law Enforcement Firearms Instructors. He is survived by his beloved wife Catherine; a brother David A. Smith (Taya) of Boalsburg; and many loving nieces and nephews. He was preceded in death by his parents and brother Roger W. Jr of York Springs. Visitation will be 6 to 8 p.m. on Monday, August 13, 2012 at Koch Funeral Home, 2401 S. Atherton St, State College. A funeral service will be held at 10 a.m. on Tuesday, August 14, 2012 at the funeral home with Pastor Todd Templeton officiating. Burial will be in Boalsburg Cemetery. In lieu of flowers, memorial contributions may be made in his memory to the charity of your choice.
To send flowers to the family or plant a tree in memory of Randy Smith, please visit Tribute Store

A Memorial Tree was planted for Randy
We are deeply sorry for your loss ~ the staff at Koch Funeral Home
Join in honoring their life - plant a memorial tree
Services for Randy Smith
There are no events scheduled. You can still show your support by sending flowers directly to the family, or planting a memorial tree in memory of Randy Smith.
Visit the Tribute Store
Print
Share A Memory
Send Flowers
Plant a Tree