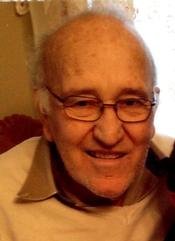 Thomas Konstantinos Spanos 78 a resident of State College passed away peacefully at home surrounded by family on August 25, 2012. Born November 1, 1933 in Athens, Greece he was the son of the late Konstantinos and Vasiliki Xounda Spanos. He was first married to Pighi Dimitriou who passed away in 1980. He later married Sofia Koliadimas in 1985 who resides in State College. Thomas is survived by 3 children. Dean Spanos and wife Linda of State College, Vicki Dimitriou and husband George of Glenwood, NJ and John Spanos and wife Michele of Pine Grove Mills. Also surviving are 4 grandchildren, Paige Spanos, Sevi and Christos Dimitriou, Thomas Spanos, and a sister Eleftheria Dimitriou and her husband Dimitrios of Athens, Greece. Thomas immigrated to the United States in 1969 and created a new life for himself and his family. He worked as an automotive technician at Dix Honda of State College. Later he ran his own auto repair business on College Avenue. Before his retirement he was involved with his son in a car dealership on N. Atherton Street. He enjoyed traveling every summer to Greece and spending winters in Cocoa Beach, FL. Family was very important to him, in addition to his hobbies of surf fishing and deer hunting. Friends will be received at the Koch Funeral Home, 2401 S. Atherton Street, State College, PA 16801 on Tuesday, August 28 from 6 until 8 p.m. The funeral will be held on Wednesday, August 29, 2012 at 10:00 a.m. at Holy Trinity Orthodox Church, 119 S. Sparks Street, State College with Father John M. Reeves officiating. Burial will be in Centre County Memorial Park Cemetery. In lieu of flowers contributions may be made to Holy Trinity Orthodox Church, 119 S. Sparks Street, State College, PA 16801, in Thomas's name Online condolences and signing of the guest book may be made at www.kochfuneralhome.com
To send flowers to the family or plant a tree in memory of Thomas Spanos, please visit Tribute Store

A Memorial Tree was planted for Thomas
We are deeply sorry for your loss ~ the staff at Koch Funeral Home
Join in honoring their life - plant a memorial tree
Services for Thomas Spanos
There are no events scheduled. You can still show your support by sending flowers directly to the family, or planting a memorial tree in memory of Thomas Spanos.
Visit the Tribute Store
Print
Share A Memory
Send Flowers
Plant a Tree