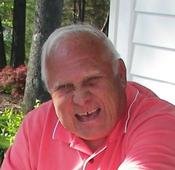 Oliver Carl Sax, 80, of Pleasant Gap passed away on Wednesday September 12, 2012 after a lengthy battle with cancer. Best known as Ollie, he was born on October 31st, 1931 in Kearny, NJ. He was preceded in death by his parents Erik Oliver and Ruth Sax and his sister Carolyn of NJ. Ollie is survived by his wife Lolita Robinson Sax with whom he celebrated their 60th wedding anniversary earlier this year. He is also survived by his two daughters, Robin S. Mark and her husband, Randy of Dallas, PA and Bonnie S. Saur and her husband Jay of Round Hill, VA. Ollie is survived by his grandchildren, Owen Cocolin, his wife Nicole and her son Riley of DE, Carrie Rogers and her husband Lade of TX, Tyler Saur of VA and Tanner Saur of VA and his step-grandchildren, Matt Mark of CA and Ryan Mark of PA. Ollie was a 1950 graduate of Kearny High School and 1955 graduate of Penn State University and an active member of the Sigma Alpha Epsilon fraternity, Parmi Nous and Druids. He was an accomplished mid-distance runner in high school achieving numerous NJ state awards. At Penn State, he received national and international recognition for track. Ollie holds the current 500 yard Penn State record. He was injured at an exhibition meet in England which precluded him from competing in the 1952 Helsinki Olympics. Professionally, Ollie was a sales executive serving in many locations throughout the US. He relocated to Pleasant Gap in 1973 and continued in sales until his retirement. Ollie loved his "three girls", grandchildren, family and friends. He was a 33rd degree Mason and Elks member. He loved to travel with his wife and enjoyed fishing, woodworking, cooking and extended stays at his Chincoteague, VA home. Ollie was an avid Penn State sports football and wrestling enthusiast. Ollie's friendship, wisdom, contagious smile, quick wit and humor will be missed by all who knew him. A memorial service will be held at 1:00pm on Sunday September 16, 2012 at the Faith United Church of Christ, 300 E. College Ave., State College. In lieu of flowers donations can be made in the name of Oliver Sax to the Penn State All-Sports Museum, 1 Beaver Stadium, University Park, PA 16802. Online condolences and signing of the guest book may be entered at www.kochfuneralhome.com.
To send flowers to the family or plant a tree in memory of Oliver Sax, please visit Tribute Store

A Memorial Tree was planted for Oliver
We are deeply sorry for your loss ~ the staff at Koch Funeral Home
Join in honoring their life - plant a memorial tree
Services for Oliver Sax
There are no events scheduled. You can still show your support by sending flowers directly to the family, or planting a memorial tree in memory of Oliver Sax.
Visit the Tribute Store
Print
Share A Memory
Send Flowers
Plant a Tree