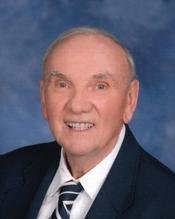 Alexander Spisak, 86, of State College, died peacefully at The Fairways on September 21, 2012, after a brief battle with lung cancer. Alex was born on November 27, 1925 in Dvorniky, Czechoslovakia, to Stephen and Anna Spisak. He immigrated to the United States at age 12 and spent his early years with his father and stepmother in Pittsburgh, PA. At age 18, he enlisted in Army Air Corp to serve during World War II. After his service, he finished his education at Oliver High School in Pittsburgh. With the help of the GI Bill, Alex continued his education at Westminster College in New Wilmington, PA and received a Bachelor of Arts degree in Journalism. At Westminster, he was involved with the college newspaper, yearbook and was a member of Sigma Nu Fraternity. He was also a stand-out soccer player and in 2001 was inducted into the Westminster College Titan Sports Hall of Fame. During his years at Westminster College, Alex met Ann Nicodemus. They were engaged during school and after graduation were married on May 10, 1952. Alex first worked for Sylvania in Emporium, PA. He and Ann moved to State College in 1953, where Alex was employed as the Sales Manager for Nittany Printing and Publishing Company. In 1956, Alex went to work at Commercial Printing and in 1963, he purchased the company, which he owned and led until his retirement in 2003. Alex and Ann were active volunteers, patrons of the arts and benefactors to many local causes throughout their sixty years of residence in State College. Alex was a Freemason, a member of the Lions Club, served as a trustee of the State College Presbyterian Church, and was a member of the Mount Nittany Society at Penn State University. Alex loved spending time with his family and traveling. He and Ann traveled the world extensively. He was an avid photographer, a car buff and a voracious reader. He was a warm and caring grandfather who at age 83 taught himself to Skype so he could be more present in his young granddaughter's life. He will be remembered by many for his kind and gentle spirit, his warm smile, and as a gentleman in every sense. Alex was preceded in death by his wife, Ann. He is survived by his sons: Scott and his wife Jean and granddaughter Sophia of Stillwater, MN, and Stuart of Seabrook Island, SC. A Funeral Service and Celebration of Life will be held for Mr. Spisak on September 28th at 11 a.m. at the State College Presbyterian Church, 132 West Beaver Avenue, State College, with a reception to follow in the Social Hall of the church. A private burial service will be held at the Graysville Cemetery, Spruce Creek, PA, at the convenience of the family. Mr. Spisak's family extends their sincere appreciation and gratitude to those talented and special individuals who cared for him during his illness. In lieu of flowers, the family requests that memorial contributions be made to Westminster College, The Office of Development, Old Main, Westminster College, New Wilmington, PA 16172, or to The Schlow Memorial Library, 211 South Allen Street, State College, PA 16801. Online condolences and signing of the guest book may be entered at www.kochfuneralhome.com.
To send flowers to the family or plant a tree in memory of Alexander Spisak, please visit Tribute Store

A Memorial Tree was planted for Alexander
We are deeply sorry for your loss ~ the staff at Koch Funeral Home
Join in honoring their life - plant a memorial tree
Services for Alexander Spisak
There are no events scheduled. You can still show your support by sending flowers directly to the family, or planting a memorial tree in memory of Alexander Spisak.
Visit the Tribute Store
Print
Share A Memory
Send Flowers
Plant a Tree