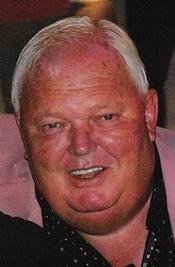 Ralph S. Matis, 69, of State College, died Monday, September 24, 2012 at Geisinger Medical Center, Danville. Born May 7, 1943, in Bellefonte, he was the son of the late Steve and Fay Garis Matis. On October 4, 1969 he married Alice I. McGlynn, who survives. He is also survived by two children, Michelle Hill and her husband, Jeremy, of Lemont, Matthew Matis and his wife, Tracy, of South Lyon, Michigan, two grandchildren, Maddison Hill, Taylor Matis, Aunt Helen Hoy, of Mingoville and Uncle Clifford Meyer, of Centre Hall. He is predeceased by a brother, Neil Matis and a sister, Evelyn Fay Hampton. He served in the U.S. Army Reserve from April to July of 1963. Ralph was a 1961 graduate of State College Area High School. He attended Penn State University and Altoona School of Commerce. He was employed by G.M. McCrossin since August 1969 and retired as President and half owner in January 2002. He was a member of Our Lady of Victory Catholic Church. He was an avid golfer. He was a member of the Centre Hills Country Club for thirty-five years and the Golf Committee for twenty years. He was a member of the BPOE #1600, State College, the Vineyards Country Club and a board member of Bellerive Condominium Association, both of Naples, FL. Visitation will be from 2-4 and 6-8 p.m., Thursday, September 27, 2012 at Koch Funeral Home, 2401 S. Atherton St., State College. Funeral service will be at 2:00 p.m., Friday, September 28, 2012 at the funeral home with Monsignor David Lockard officiating. Memorial contributions may be made to ¬¬¬¬the American Lung Association, 3001 Old Gettysburg Road, Camp Hill, PA 17011. Online condolences and signing of the guest book may be entered at www.kochfuneralhome.com.
To send flowers to the family or plant a tree in memory of Ralph Matis, please visit Tribute Store

A Memorial Tree was planted for Ralph
We are deeply sorry for your loss ~ the staff at Koch Funeral Home
Join in honoring their life - plant a memorial tree
Services for Ralph Matis
There are no events scheduled. You can still show your support by sending flowers directly to the family, or planting a memorial tree in memory of Ralph Matis.
Visit the Tribute Store
Print
Share A Memory
Send Flowers
Plant a Tree