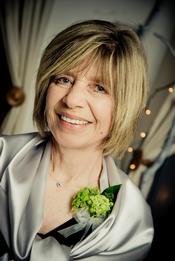 On February 5, 2011, our beloved Inger passed away peacefully in her sleep. She was born Inger Gunborg Carlsson on February 21, 1946 in Stockholm, Sweden to the late Einar and Ester Carlsson. She was preceded in death by her brother, United Nations Commissioner Bernt Carlsson. She is survived by two brothers, Tore Carlsson of Melbourne, Australia and Rune Carlsson of Stockholm, Sweden. Inger lived in Stockholm until 1966 when she moved to Wiesbaden, Germany to attend nursing school. It was there that she met and married her husband, Harold G. Musser, Jr., who survives in State College. They settled in State College in 1970 and raised two daughters, Lisa Musser Strickland (Samuel) of Pennsylvania Furnace, and Kristina Musser Whitaker (Gary) of State College. She was a devoted grandmother of three, John, Elsa and Benjamin Strickland and was eagerly anticipating the arrival of Kristina and Gary's first child, a baby girl. Inger never strayed far from her Swedish roots, keeping her Swedish citizenship throughout her life and maintaining close ties with Swedish relatives. She traveled home to Stockholm as often as possible with her daughters and grandchildren, visiting her brother and dear friends. At home, Inger spent much of her time with a close group of friends and caring for her grandchildren. She pursued a life-long love of sports, having skied and played basketball in high school and tennis throughout her life. She greatly enjoyed exercising and was a gifted gardener. Inger's fantastic cooking will be sorely missed by her family, though she will not miss doing the cooking. Inger was a long time member of State College Alliance Church, where she served as a deaconess. As a young girl, Inger dedicated her life to Jesus Christ and she took great joy in supporting missionaries around the world. Inger's vivacious personality filled our hearts and lives. There was a peaceful strength to her spirit that made her a rock upon whom we all could lean. The legacy of Inger's selfless giving, joyful serving, and fervently following Jesus Christ will always be remembered and admired Visitation will be 6 to 8 p.m. on Thursday, February 10, 2011, at Koch Funeral Home, 2401 S. Atherton St., State College. Funeral services will be at 11 a.m. on Friday, February 11, at the State College Alliance Church, 1221 West Whitehall Road, State College. Memorials contributions may be made to the State College Alliance Church, "The Great Commission Fund", 1221 West Whitehall Road, State College, PA 16801.
To send flowers to the family or plant a tree in memory of Inger Musser, please visit Tribute Store

A Memorial Tree was planted for Inger
We are deeply sorry for your loss ~ the staff at Koch Funeral Home
Join in honoring their life - plant a memorial tree
Services for Inger Musser
There are no events scheduled. You can still show your support by sending flowers directly to the family, or planting a memorial tree in memory of Inger Musser.
Visit the Tribute Store
Print
Share A Memory
Send Flowers
Plant a Tree