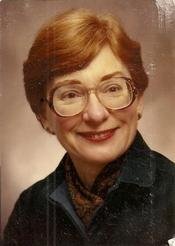 Bonnie Joanne Flay (nee Stout), 77, of State College died Thursday, February 17, 2011, at The Fairways at Brookline Village. She was born on November 10, 1933 in Reading, Pennsylvania, the child of Ralph S. Stout and Gladys N. Stout (nee Dry). She grew up in Reading and graduated from Reading Senior High School in 1951. After graduation she entered nurse's training at The Reading Hospital and received her R.N. in 1954. On October 30, 1954 she married Joseph C. Flay, also of Reading. After passing her state boards, she joined her husband in England, where he was serving in the U. S. Air Force. They lived in a cottage in the village of Ewell, Surrey, where they remained until September 1956. Their first daughter Sarah was born in the Air Force hospital in South Ruislip, England, in January, 1956. When she returned to the United States Bonnie worked as a nurse in the Reading Hospital. In September, 1957 she moved to Bellefonte, Pennsylvania and worked at the Bellefonte Hospital while her husband pursued a B.A. at Penn State. Her second daughter Christina was born in Bellefonte in October, 1958. In August, 1960, Bonnie moved to San Pedro, California where she worked as an R.N. at the San Pedro General Hospital while her husband pursued his Ph.D. In June 1963 she moved to State College, Pennsylvania where her husband had acquired a position at Penn State. Her son, Gregory, was born there in September, 1963. Bonnie then joined the nursing staff at Ritenour Hospital (later renamed University Health Services) on the campus of Penn State. She continued to work there until her retirement in 1994. In the year before her retirement she was appointed Acting Director of Nursing. Bonnie was devoted to her husband and children. Her favorite pastimes were gardening, cooking, and travel. She lived in Paris several times while her husband was on sabbatical, and enjoyed travel to Greece, the Netherlands, and England. She was also fond of Cape Cod, where she spent several weeks each summer for 14 years. Bonnie is survived by her husband Joseph, her daughter Sarah Derber of State College, her daughter Christina Sullivan and husband Arthur Sullivan of Harrisburg, and her son Gregory Flay and wife Jovita Flay of Holland. In addition there are also six grandchildren surviving. Burial will be at the convenience of the family. A memorial service will be held at the Koch Funeral Home in State College at 2 p.m. on Saturday, March 5, 2011. The service will be followed by a reception at the Ramada Inn in State College at 3:30 p.m. In lieu of flowers, donations can be made to Faith United Church of Christ, 300 East College Avenue, State College, PA 16801.
To send flowers to the family or plant a tree in memory of Bonnie Flay, please visit Tribute Store

A Memorial Tree was planted for Bonnie
We are deeply sorry for your loss ~ the staff at Koch Funeral Home
Join in honoring their life - plant a memorial tree
Services for Bonnie Flay
There are no events scheduled. You can still show your support by sending flowers directly to the family, or planting a memorial tree in memory of Bonnie Flay.
Visit the Tribute Store
Print
Share A Memory
Send Flowers
Plant a Tree