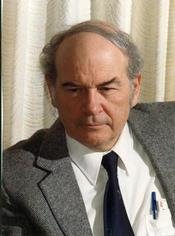 Leonard Frederick Herzog II (Len), loving husband, devoted father, honored scientist, internationally recognized authority on age determination by radioactivity and cosmochemistry, true friend, and long time resident of State College Pennsylvania passed away peacefully in the early morning hours of February 16, 2011. Born in Syracuse, New York, raised in Hollywood, California, and choosing to call State College, PA home, Len lived a full and purposeful life. Valedictorian of his graduating class at Hollywood High School, CA, he was also the winner of the American Legion award during that same year. He served his country honorably with the rank of master sergeant in the United States Army in WWII. Leonard obtained his Certificate of Civil Engineering at Oregon State University and secured his Bachelor of Science degree at California Institute of Technology, where he majored in geology. While there, he was the editor of the school's newspaper "California Tech" for two years and the president of the Drama Club. He received a Doctor of Philosophy degree in nuclear geophysics from the Massachusetts Institute of Technology in 1952, with a minor in civil engineering at Harvard University. Dr. Herzog first served as a research associate in the Department of Geology at the Massachusetts Institute of Technology and was later appointed director of the school's Mass Spectroscopy Laboratory. He was a visiting scientist at the Carnegie Institution of Washington prior to joining the faculty at Penn State, where he served as associate professor of geochemistry and geophysics. During these years, Dr. Herzog pioneered in geological age determination by radioactive decay in rocks, eventually becoming known around the world as an authority on cosmochemistry and instrumental analysis. In 1961, Leonard founded Nuclide Corporation in State College, PA, and Boston, MA. Working in consultation with several colleagues, he built Nuclide from a one room laboratory to a three building corporation, where 125 scientists and technicians developed and manufactured mass spectrometers and other scientific instruments for analysis of gases, liquids and solids. Nuclide products were first used in the United States Atomic Energy Commission's atomic power program, but were eventually used in world-wide research and process control by industries, universities, and government laboratories in widely varied fields. In 1963, Leonard's company received the President's "E" Award for Export in praise of Nuclide's technological excellence, which overcame foreign competition subsidized by their governments. Nuclide Corporation's instruments were selected by NASA for the analysis of "moon rocks" returned as part of the Apollo 11 mission. Nuclide installed equipment around the world, from Finland to New Zealand. Dr. Herzog was the youngest person to ever receive the Free Enterprise Awards Association "American Success Story Award" in 1964. In the early 1990s, he served as professor emeritus for Penn State at the Noll Laboratory Human performance Lab. As a long time resident of State College, Dr. Herzog was a trustee of the Schlow Memorial Public Library; served as chair of Meals on Wheels, the Area Development Committee, and the State College Ballroom Dancers; and served on the board of directors of the State College Area Chamber of Commerce. Len had a passionate and active interest in the performing arts from his earliest days, beginning in his teens with a brother and sister dance act which toured the Los Angeles vaudeville circuit, followed by participation in many college music and drama club productions, and continuing in his later years with memberships in the State College Choral Society, and Madrigal Singers. Len's other active pursuits, with his wife Lisa and children, included tennis, wind surfing, ball room dancing, and travel, highlighted by many memorable family road trips to the nation's National Parks. Len was preceded in death by his parents, Leonard F. Herzog and Alma E. Jillson Herzog. He is survived by his wife, Elizabeth Jean (Lisa) Herzog, State College, PA, sister Alma Jillson Zeller, Van Nuys, CA, his three children, Leonard F. (Fritz) Herzog III, West Los Angeles, CA, Heather E. Herzog and her husband Steven P. Eskey, State College, and Clayton E. M. Herzog and his wife Jacqueline E. Schwab, Sharpsburg, MD, and grandchild, Catalena E.H. Eskey, State College, PA. A celebration of life service is being planned for this spring. The family wishes to thank all the staff at the Mount Nittany Medical Center for their loving care during Len's passing. Please send thoughts and reflections on Len's life to the family through the Caring Bridge website, http://www.caringbridge.org/visit/lenherzog. We welcome the community's sharing of stories, memories, and thoughts in the website's guestbook. In lieu of flowers, contributions can be made in Leonard's name to: State College Meals on Wheels, 205 S. Garner St., State College, PA 16801 or the American Parkinson's Disease Association, 135 Parkinson Ave., Staten Island, NY 10305.
To send flowers to the family or plant a tree in memory of Leonard Herzog, please visit Tribute Store

A Memorial Tree was planted for Leonard
We are deeply sorry for your loss ~ the staff at Koch Funeral Home
Join in honoring their life - plant a memorial tree
Services for Leonard Herzog
There are no events scheduled. You can still show your support by sending flowers directly to the family, or planting a memorial tree in memory of Leonard Herzog.
Visit the Tribute Store
Print
Share A Memory
Send Flowers
Plant a Tree