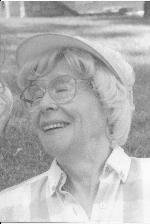 Margaret M. Morse died Nov. 13, 2010, in Rochester N.Y. She was born November 29, 1927 in Chicago, Illinois to Raymond J. Miller and Margaret Nepomuck Miller. She graduated from Downers Grove High School in June 1945. She aspired to be a singer but her father had different plans for her. She attended The College of St. Therese in Winona, Minnesota and received her RN and BSN while studying and working under Dr. Charles W. Mayo at the Mayo Clinic in Rochester, Minnesota. She married William H. Morse, Jr. on May 24, 1952. Mr. Morse was an Aeronautical Engineer. From 1953 to 1960 the couple welcomed their children who were born in four different states. When the family moved to State College in May of 1963 Happy Valley became home. Known as Marge to her friends she enjoyed State College in many ways. She was a Supervisor of Nursing at Centre Community Hospital and spent a great majority of her nursing career serving as a private duty nurse to many, many terminally ill friends from State College and the surrounding areas. She spent several years as an adjunct faculty member in the College of Health and Human Development as a result of a role at the Boal Barn Theatre. Dr. Rose Cologne happened to see her Bio in the program and urged her to become a part-time member of the Penn State Family which Marge did. She served as one of the lead actors in the play "Never Too Late" serving as "Edith" with her good friend Nick Carter. She was honored to be asked back for the same role several summers later with a cast almost identical to the original cast. She was a prolific reader and particularly loved mystery novels, playing bridge &. pinochle. She also enjoyed singing, family dinners, and attending theatre productions. She was a 45 year member of Our Lady of Victory Catholic Church where she served as a Eucharistic Minister. Her two favorite summer places on earth were Ogunquit, Maine and Monroe Park on Lake Ontario. During her final two years she lived in Rochester, New York in the home of her daughter and son-in-law Beth (Morse) and Doug Neusch. Marge was preceded in death by her loving husband of 49 years, William H. "Big Bill" Morse who died on February 11, 2002 just 103 days prior to their 50th Wedding Anniversary. She spoke often of her pride in her children Michael J. Morse and wife Karen of State College, PA, Patrick W. Morse and wife Susan of Port Matilda, Elizabeth A. Neusch and husband Doug of Rochester, New York, and Mary K. Parsons and husband Scott of Woodward, PA. She is survived by her grandchildren Rachel and husband Matthew, Willie and Hallie Morse, Megan Cola Brese, and Brynne and Brian McHugh and great grandchild Owen McHugh. Her brother Raymond E. Miller of Oswego, Illinois preceded her in death on August 23, 1991. He is survived by his wife Barb Miller, niece Lenna Miller and nephew Jeff and his wife Janet Miller and their children. Marge especially enjoyed her Brother Ray's family. She was also preceded in death by her very special son John on May 25, 2009. Visitation will be from 5 to 8 p.m. on Wednesday, Nov. 17, 2010, at Koch Funeral Home, 2401 S. Atherton St., State College. A Mass of Christian Burial will be at 10:30 a.m. on Thursday, Nov. 18, at Our Lady of Victory Catholic Church. Burial will be in Pine Hall Cemetery. Memorial contributions can be made to The Boal Barn Theatre, any public library, or to a charity of the donor's choice.
To send flowers to the family or plant a tree in memory of Margaret Morse, please visit Tribute Store
Services for Margaret Morse
There are no events scheduled. You can still show your support by sending flowers directly to the family, or planting a memorial tree in memory of Margaret Morse.
Visit the Tribute Store
Print
Share A Memory
Send Flowers