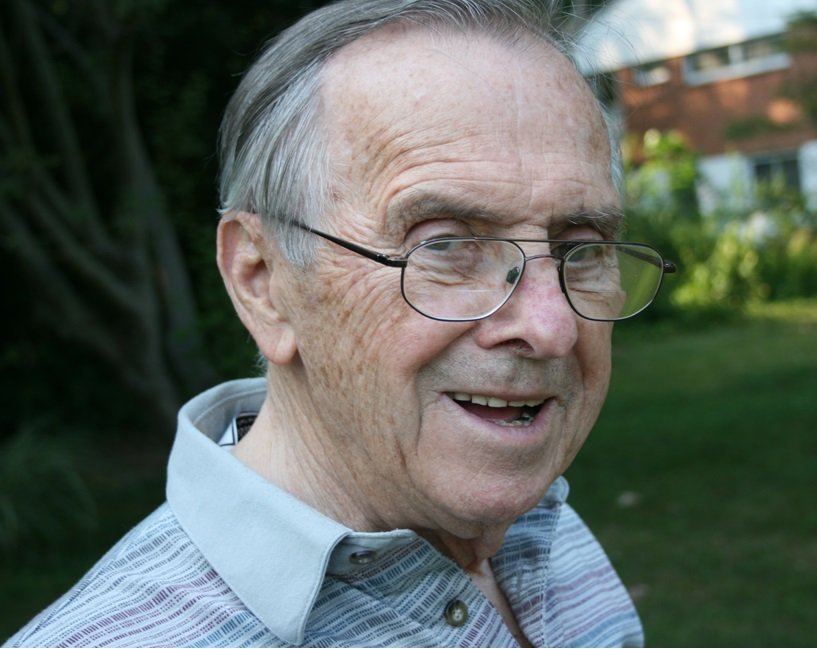 William “Bill” M. Williams, 88, of State College, died on Thursday, April 16, 2015 at Mount Nittany Medical Center, State College. Born on April 15, 1927, in Blanchard, he was the son of the late John N. and Lula B. (Gardner) Williams. On November 19, 1950, he married Jane Lenora Hironimus who preceded him in death on March 27, 1995. He is survived by two sons, Stephen P. Williams and his wife, Victoria, of Toledo, Ohio and W. Michael Williams and his wife, Clelia, of Jim Thorpe; two sisters, Jane McClure of Lock Haven and Blanche Schenck of Blanchard; one brother, Bruce Williams and his wife, Relda, of Blanchard; three grandchildren, Cynthia M., Bryce M. and Joshua D. Williams. He is also survived by his long time friend, Marcia Garman, of State College and many other close friends. In addition to his parents and wife, he was preceded in death by two brothers, Charles “Cy” and Walter “Buzz” Williams and one sister, Dorothy Brungard. Bill was a graduate of The Hammond School of Barbering in Johnstown, Pennsylvania on March, 31, 1948. He served in the United States Army during World War II. Bill was the owner and operator of Bill’s Barber Shop in State College and Lemont for 50 years. He also worked in security at Centre Community Hospital and at the Palmer Museum of Art at the Pennsylvania State University. He was a member of the Grand Lodge of Free and Accepted Masons of Pennsylvania and Tall Cedars of Lebanon. Bill’s hobbies included gardening, as well as meeting and talking with people. His true passion was taking care of his family. He was much loved and will be greatly missed. Visitation will be 1 until 3 p.m., Sunday, April 19, 2015, at Koch Funeral Home, 2401 South Atherton Street, State College. Funeral service will be held at 11 a.m. on Monday, April 20, 2015, at the funeral home with the Pastor Chris Davis officiating. Burial will be in Liberty Baptist Cemetery, Blanchard. Memorial contributions may be made to the Liberty Baptist Church, PO Box 207, Blanchard, PA 16826 or to a charity of your choosing in his honor. Arrangements are under the care of Koch Funeral Home, State College. Online condolences and signing of the guest book may be entered at www.kochfuneralhome.com or visit us on Facebook.
To send flowers to the family or plant a tree in memory of William Williams, please visit Tribute Store
Sunday
19
April