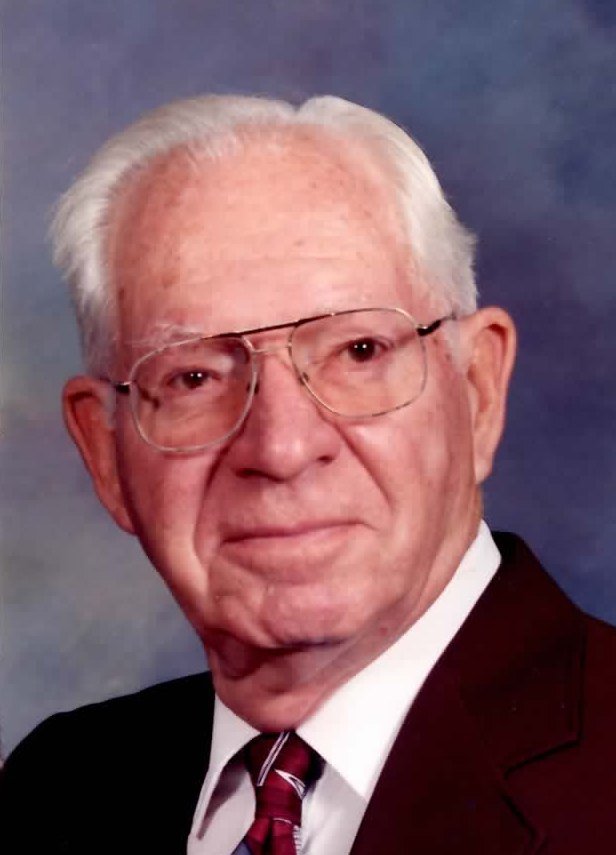 Roy Clifton Kamp, 94, of State College, died April 25, 2015, at Juniper Village, State College. Born November 22, 1920 in Niagara Falls, New York, he was the son of the late Albert and Lena Mullen Kamp. He married Genevieve Ameigh, January 24, 1942, who survives at home. They celebrated their 73rd wedding anniversary earlier this year. He is survived by five children, David Kamp and his wife Linda of Cincinnati, OH, Dorothy Holmgren and her husband John of Springfield, VA, Marilyn Cogansparger and her husband Lee of Lancaster, Lawrence Kamp and his wife Pam of Meigs, GA, and Janet Heasley and her husband Paul of State College; eleven grandchildren; and thirteen great-grandchildren. He graduated from Southside High School, Elmira, NY, in 1938 and Elmira Business Institute in 1941. He also served during World War II in the U.S. Army, stationed in the European Theater in Great Britain, France and Germany. Clifton worked as part of the administration and management for 44 years for Trayer Products Inc. in Elmira, New York, retiring as Vice President in 1985. He was a member of the Southside Baptist Church, Kiwanis International, National Association of Accountants, American Red Cross, and the Veterans of Foreign War. He enjoyed traveling within and outside of the United States, gardening, square dancing, camping, and golf. Visitation will be 10 until 11 a.m. on Monday, May 4, 2015 at Koch Funeral Home, 2401 S. Atherton Street, State College. Memorial service will follow at 11 a.m. on Monday, May 4, 2015 at the funeral home with the Reverend Dean Lindsey officiating. Burial will be in Forest Lawn Memorial Park in North Chemung, New York at the convenience of the family. Memorial contributions may be directed to the Salvation Army, 2603 E College Ave, State College, PA 16801 or salvationarmystatecollege.org or the Alzheimer’s Association, Greater Pennsylvania Chapter, 2595 Interstate Drive, Suite 100, Harrisburg, PA 17110 or www.alz.org/donate. Arrangements are under the care of Koch Funeral Home, State College. Online condolences and signing of the guest book may be entered at www.kochfuneralhome.com or visit us on Facebook.
To send flowers to the family or plant a tree in memory of Roy Kamp, please visit Tribute Store
Monday
4
May

Share Your Memory of
Roy
Upload Your Memory View All Memories
Be the first to upload a memory!
Share A Memory
Send Flowers
Plant a Tree