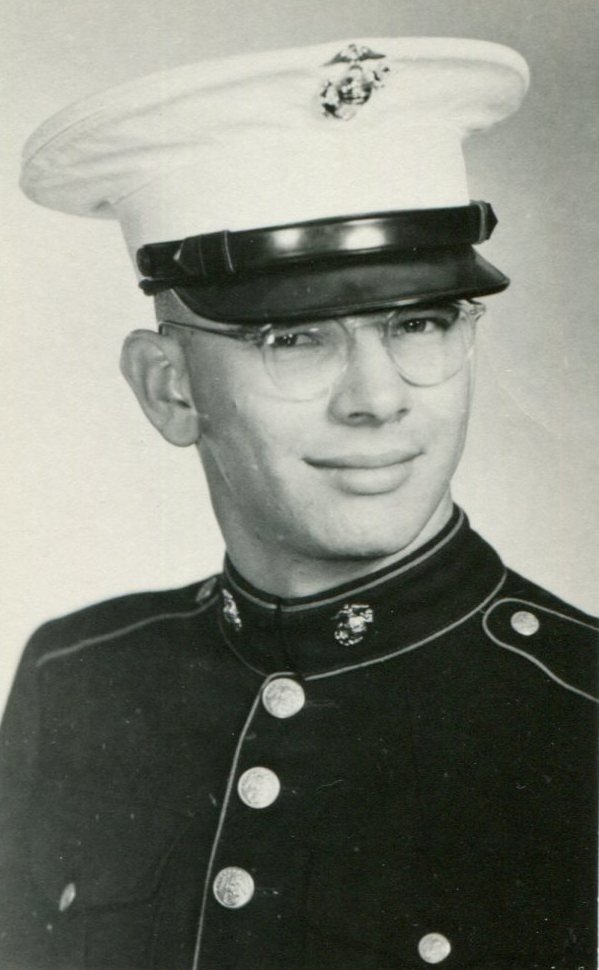 Richard “Dick” Sidney Orr, 77, of State College, died on Friday, May 1, 2015, at the Hearthside Nursing and Rehabilitation Center, State College. Born on January 10, 1938, in Mill Hall, he was the son of the late Leo E. and Mary L. Neidigh Orr. On December 23, 1961, he married Elizabeth L. Parnay who preceded him in death on January 8, 2015. Dick and Betty spent 53 wonderful years together and were inseparable. They enjoyed gardening, canning and traveling together and sharing their expertise with other family and friends. He is survived by two children, Susan R. Harpster and her husband, Craig A., of Port Matilda, Scott R. Orr and his wife, Judith, of Pleasant Gap; one brother, Donald Orr and his wife, Phyllis, of Evans, CO; four grandchildren, Amanda, Ryan, Andrew and Rachel and one great-granddaughter, Maci Rae. Dick was a 1955 graduate of Bellefonte Area High School. Dick worked at HRB Singer and retired in 1993. He served in the United States Marine Corp from 1957-1960. He also served in the Army National Guard from 1964 and retired from the Army National Guard in 1993 as Command Sergeant Major. Dick was a member of the Pine Hall Lutheran Church and was a perfectionist when it came to shining the brass and making the church look beautiful. He was a huge part of the Egg Making Project at Pine Hall. As well as being a member at Pine Hall, he was also a member of the Central PA National Guard Veterans Association. He was very family oriented and especially enjoyed spending time with his children and grandchildren. He was an avid gardener and a skilled woodworker specializing in Intarsia. Dick loved photography and was always taking photos at every family event. Visitation will be 6 until 8 p.m. on Tuesday, May 5, 2015 at Koch Funeral Home, 2401 S. Atherton Street, State College. A visitation will be held at Pine Hall Lutheran Church, 1760 West College Avenue, State College, from 10:00 until 11:00 a.m. prior to the service on Wednesday, May 6, 2015. Funeral service will be held at 11:00 a.m. on Wednesday, May 6, 2015 at Pine Hall Lutheran Church, 1760 West College Avenue, State College with the Reverend Susan Williamson officiating. Burial will be in Centre County Memorial Park, State College. Memorial contributions may be directed to the Pine Hall Lutheran Church, 1760 West College Avenue, State College, PA 16801 or the American Cancer Society, Centre Unit, 123 South Sparks Street, State College, PA 16801. Arrangements are under the care of Koch Funeral Home, State College. Online condolences and signing of the guest book may be entered at www.kochfuneralhome.com.