A basic Veterans ceremony consists of the folding and presentation of the United States flag to the veteran's family and the playing of Taps. The ceremony is performed by a funeral honors detail consisting of at least two members of the Armed Forces.

The Funeral Honors rendered to you or your veteran will be determined by the status of the veteran. The type of Funeral Honors may be Full Military Honors, 7 Person Detail or a Standard Honors Team Detail.

At least one of the funeral honors detail will be from the Armed Force in which the deceased veteran served. Taps may be played by a bugler or, if a bugler is not available, by using a quality recorded version. Military Funeral Honor Teams may act as Pall Bearers if requested by the vetera 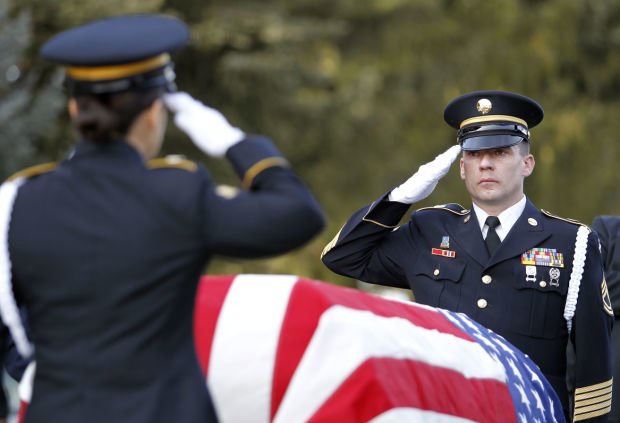