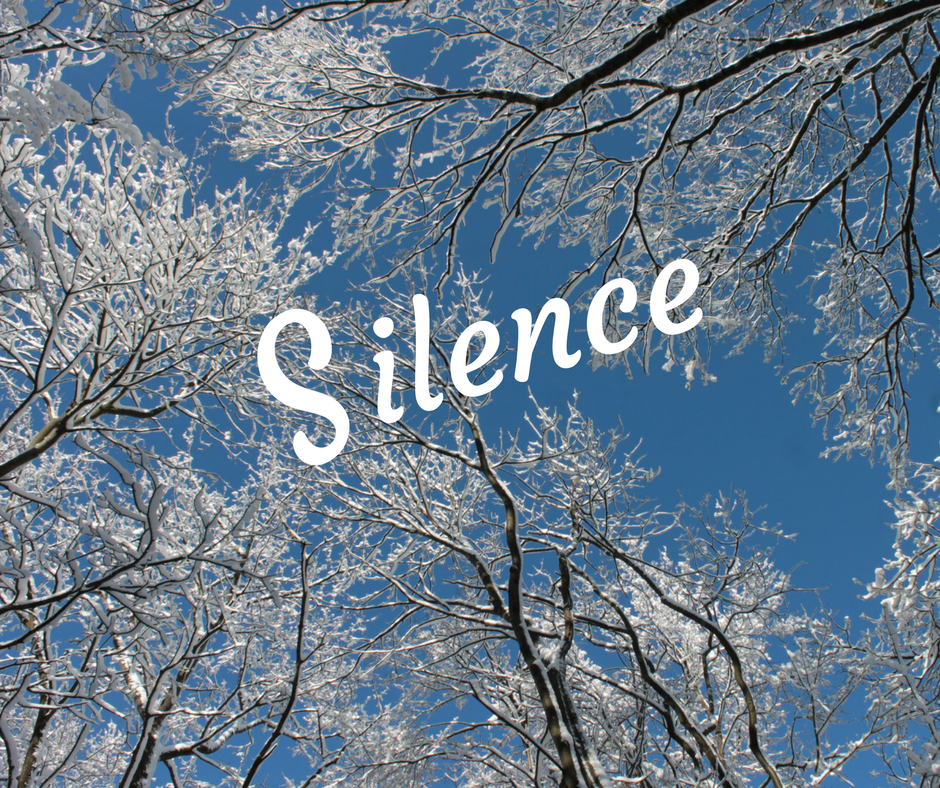 Below is more information about What Silence Teaches Us? from my article in the 2017 Fall Issue of Centered magazine.

And not surprisingly, science supports silence’s benefits. Although there are many studies touting the need for silence, there are two I appreciate that especially highlight its advantages. It’s also interesting that the neither of these studies set out to identify those benefits.

The first, a 2006 study by Luciano Bernardi, a physician and professor at the University of Pavia, Italy, is a selling point for all Type A personalities who might otherwise dismiss any thought of engaging in silence. Bernardi studied the physiological changes of subjects alertly and attentively listening to different musical tracks. However, he inadvertently discovered that the two minutes of silence inserted between the music tracks were more relaxing than the relaxing music, or even the silence at the beginning of the experiment. The benefits of the silence were enhanced by the contrasts of the music itself and the focus it required.

The second, a 2013 study by Imke Kirste, a Duke University regenerative biologist, examined the effects of different sounds on adult mice brains. She used auditory stimuli such as baby mouse calls, music and white noise. Silence was the control group of the study. Kirste found that none of the sounds had a lasting impact on the brain, but surprisingly the control group listening to silence showed cell development in the hippocampus region of the brain, the part having to do with emotion, learning and memory.

I invite you to befriend silence. Spend time in meditation, go for walks in the woods, establish quiet times in work and at home, and definitely unplug. As Henry David Thoreau said: “In human intercourse the tragedy begins, not when there is misunderstanding about words, but when silence is not understood.”

As we close this month’s theme of “Timeless Healing,” I leave you with a quote by Etty Hillesum. I think this quote speaks to the healing that takes place inside of ourselves outside of time and ti...

This month’s theme of “Timeless Healing” can be thought of in two ways. The one we’ve already discussed is that there is no prescribed timeline. Another is that healing can feel without time. In mo...

As we talk about this month’s theme of “Timeless Healing,” it’s important to understand what healing is. For me, healing is about moving toward wholeness. In their book On Grief and Grieving, Elisa...

Continuing with our theme of “Timeless Healing,” people often ask me how long grief should last. Unfortunately, there are no “shoulds.” Grief takes as long as it takes. Some people say that it neve...

This month our theme is “Timeless Healing.” For those of you grieving the loss of a loved one, today might be a relief. The winter holidays are over and you can now go back to your “regular” life. ...

When we find that inner stillness deep within, it doesn’t end there. It is from that place that we can live our lives more intentionally, even in our grief. Contemplation and action are linked like...

Continuing with our theme of “Inner Stillness,” there are many paths of turning inward and finding inner stillness. As I mentioned last week, meditation is one path. In my 4-3-2-1-! on Hope, Healin...

This month our theme is “Inner Stillness” For me, inner stillness is about contemplation. It’s about taking some deep breaths and going to the innermost part of me. It’s about letting go of thought...

I think this “Talking to Grief” poem by Denise Levertov does a great job speaking about making grief your friend: TALKING TO GRIEF Ah, grief, I should not treat you like a homeless dog who comes ...