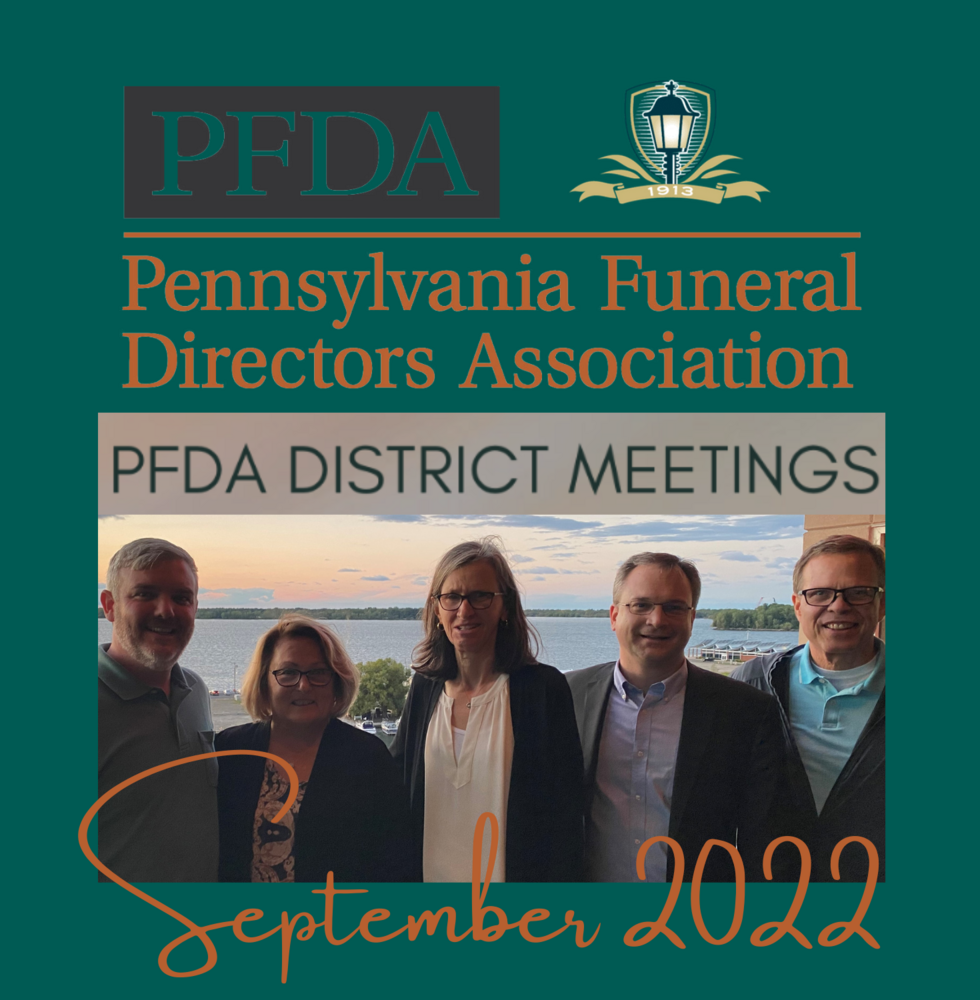 The Pennsylvania Funeral Directors Association (PFDA) concluded eight district meetings across the state over two weeks during the month of September. More than 620 PFDA members registered and over 430 were able to attend. Koch Funeral Home is proud that Jackie Naginey Hook, MA was one of the presenters. The meetings featured Jackie's presentation and one by Dr. Jason Troyer, Ph.D. These educational sessions provided licensing credit hours to eligible members.

Today we honor all those who served our country and lost their lives in the 1941 attack on Pearl Harbor.

Support Footprints in the Field this Holiday Season!

Koch Funeral Home is a proud sponsor of Footprints in the Field. The holidays are a great time to create a giving tradition with family and friends, to an organization of your choice, in ...

Puttin on the Glitz

Do you decorate the exterior of your house, townhouse or apartment for the holidays? If so, until December 9, 2022, entries will be accepted for the third annual holiday decorations contest, “Putti...

Continuing bonds with our deceased loved ones is healthy as long as we also engage with life now. If you feel stuck in only remembering, professional mental health providers can help.

Congratulations to Katie and her family on the birth of their new baby girl, Payton Mae!

Koch Funeral Home is a proud sponsor for the Bob Perks Foundation ↓. https://loom.ly/H0s-5CU

Today is Giving Tuesday! Kick off the holiday season by giving back to the community. Whether it is donating money to a charitable cause or volunteering, Giving Tuesday is a day set to benefit the ...

When you’ve lost a loved one, it’s important to take care of yourself during the holidays. Although it may seem counterintuitive, this includes allowing yourself to feel the pain of the loss as it ...

Today is Small Business Saturday! A great way to begin a family tradition and Have the Talk of a Lifetime while shopping at local small businesses!

Have the Talk of a Lifetime is a time for families to share meaningful stories about what matters most. We encourage you to share stories with your loved ones on this National Day of Listening...