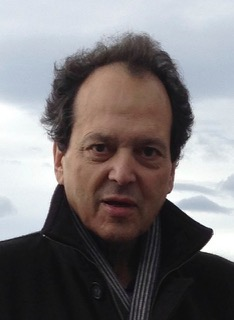 Anatole Katok, 73, of State College, Pennsylvania, died Monday, April 30, 2018. He was born August 9, 1944, the son of the late Berl and Dveira Sorkin Katok, who at the time of Anatole’s birth were in Washington, D.C., as members of the Russian delegation to the United States lend-lease program.

Katok grew up in Moscow, in the Soviet Union. He attended Moscow State University, where he earned his master’s and doctoral degrees in mathematics. On June 5, 1965, he married Svetlana Rosenfeld, and in 1978, the Katoks emigrated to the United States with their two children. Between 1978 and his death, Katok held professorships at the University of Maryland, the California Institute of Technology, and Pennsylvania State University, where he was the Raymond N. Shibley Professor of Mathematics and Director of the Center for Dynamics and Geometry. He was an active teacher and researcher up to the time of his death.

Katok was a leading figure in the subdiscipline of mathematics called dynamical systems theory, which studies the dynamics of points in geometric space, a field with wide-ranging applications to such areas as physics, biology, economics, and medicine. By the time he had completed his doctoral dissertation, Katok had already made important contributions to the field, developing with A. Stepin a theory that is today known as the Katok–Stepin approximations. That is only one of many important and surprising constructions in dynamical systems due to Katok. He is also known for formulating many significant conjectures, the best known of which is the Katok entropy conjecture, which links geometric and dynamical properties of geodesic flows.

Katok’s interest in mentoring the next generation of mathematicians, which began when he was a college freshman directing a mathematics study group for talented young pupils, continued throughout his life. He was the dissertation advisor to over forty doctoral students.

Mathematics was far from Katok’s only passion. He had a deep interest in history, and also a great love for art and literature.

The funeral service will be held Monday, May 7, 2018, at 1 p.m., at the Koch Funeral Home, 2401 S. Atherton St., State College, Pennsylvania. Burial will follow the service at the Spring Creek Presbyterian Cemetery.

Memorial contributions in Katok’s name may be directed to the Viorel Nitica medical fund: gofundme.com/ViorelNiticaMedicalFund. Nitica was one of Katok’s first graduate students at Penn State.

To send flowers to the family or plant a tree in memory of Anatole Katok, please visit Tribute Store
Monday
7
May

Share Your Memory of
Anatole
Upload Your Memory View All Memories
Be the first to upload a memory!
Share A Memory
Send Flowers
Plant a Tree