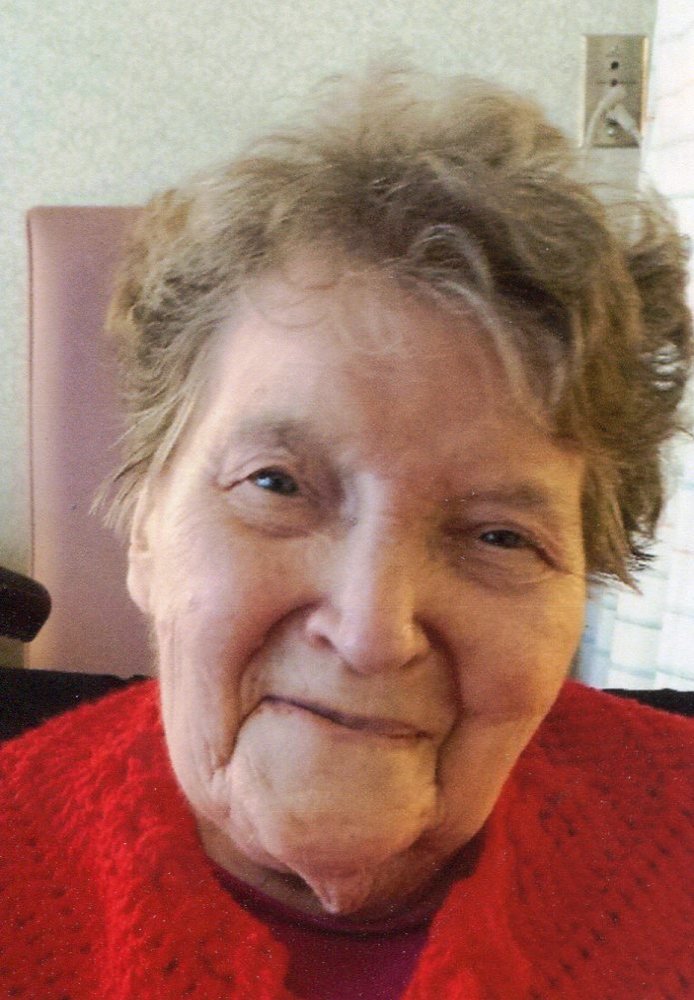 Hazel Agatha Shemas, 95, of State College, formerly of Du Bois, died Monday, August 24, 2015, at Mount Nittany Medical Center, State College. Born December 28, 1919 in Morrisdale, she was the daughter of the late Cecil B. and Luella E. Sones Coble. She married Michael Shemas, on July 13, 1946, who preceded her in death on March 17, 1976. She is survived by two children, Jacquelyn K. Allen and her husband, Charles, of DuBois, Sharon A. Rivell and her husband, Richard, of State College, two sisters, Odessa Lamb, of Philipsburg, and Leora Quick of Wallaceton; three grandchildren, Gerald (Annie) Allen, Darien, CT, C. Howard (Miranda) Allen, DuBois, and Anne Marie Rivell, State College, and four great grandchildren: Hannah, Mariah, Charlotte and Teddy. She was preceded in death by four sisters; Agnes Hubler, Elvada Mucha, Beverly Schucker and Leona Gallaher, and four brothers; Maynard, Sanford, Leo and Gerald Coble. Hazel was employed at Montgomery Ward in DuBois from 1978-1984, however, she was a homemaker for most of her life. She was a member of the Grace Lutheran Church in State College, Trinity Lutheran Church in DuBois, Ladies Auxiliary for the American Legion Post #17 in DuBois for 40 years and served as President of the New Hope Circle at Trinity Lutheran Church. Visitation will be from 9 to 11 a.m. on Saturday, August 29, 2015, at Grace Lutheran Church, 205 S. Garner Street, State College. Funeral service will be held at 11 a.m. on Saturday, August 29, 2015, at Grace Lutheran Church with the Reverend Alison S. Bowlan officiating. Burial will be in Morningside Cemetery, DuBois at the convenience of the family. Memorial contributions may be directed to the Grace Lutheran Church, ATTN: Women of Grace, 205 S. Garner Street, State College, PA 16801. Arrangements are under the care of Koch Funeral Home, State College. Online condolences and signing of the guest book may be entered at www.kochfuneralhome.com.
To send flowers to the family or plant a tree in memory of Hazel Shemas, please visit Tribute Store
Saturday
29
August

Share Your Memory of
Hazel
Upload Your Memory View All Memories
Be the first to upload a memory!
Share A Memory
Send Flowers
Plant a Tree